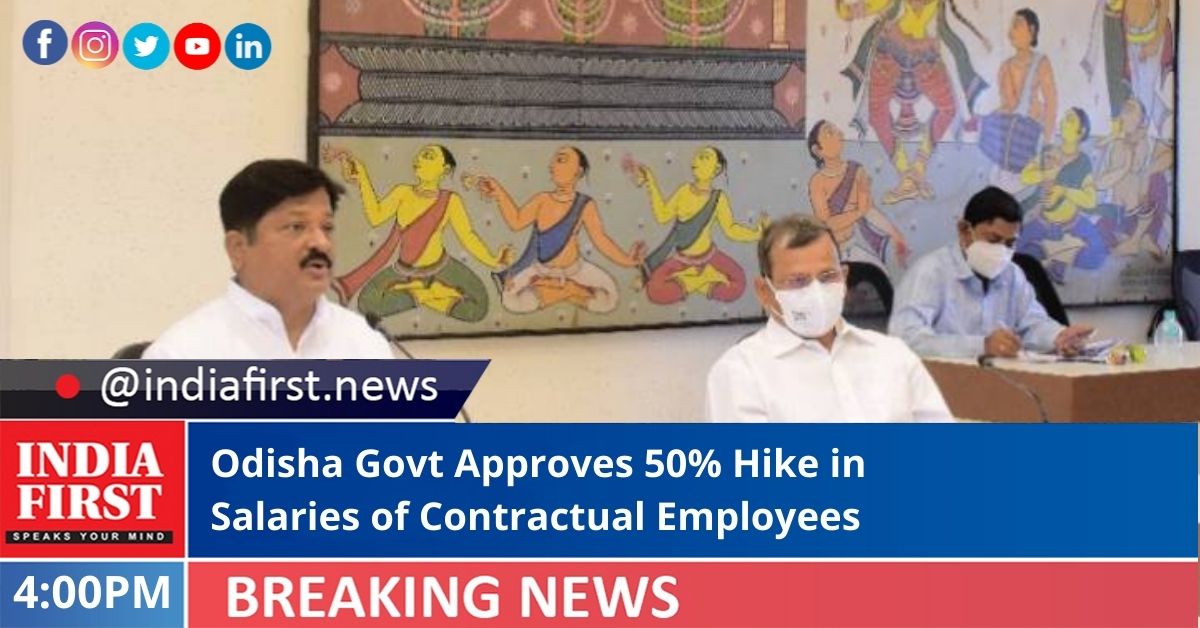 Ahead of Durga Puja, the Naveen Patnaik government in Odisha has decided to hike the salaries of all contractual employees by 50 per cent, said Law Minister Pratap Jena.

The contractual employees will now be called ‘Initial Appointees’ and their existing remuneration will be increased by 50 per cent from the first year of appointment till regularisation of their services, Jena added. Their appointments would be made permanent after six years, he said.

The employees will receive medical reimbursement benefits. All the contractual employees of Group B, C and D categories will be benefited from the decision, the Minister said.

The Odisha Cabinet has decided to make necessary amendments to the Contractual Appointment Rules, 2013. The state government will bear an additional expenditure of nearly Rs 250 crore every year towards the enhanced remuneration of such employees, Jena added.

Three tenders for six-mega drinking water projects worth Rs 1,282.01 crore under Jal Jeevan Mission (JMM) were approved by the Odisha Cabinet yesterday, Jena said, who is also the Minister for Panchayati Raj and Drinking Water.

The projects would be implemented in the districts of Ganjam, Rayagada, Boudh and Kandhamal. All six projects are targeted for completion within 24 months, he added.

Besides, two drinking water supply projects will be executed in 28 Gram Panchayats of Rayagada district at a cost of Rs 298.69 crore.

Chief Secretary S.C. Mahapatra said the Odisha Cabinet has approved the Food and Procurement Policy for Kharif Marketing Season (KMS) 2021-22, which will start from October 1, 2021 and end on September 30, 2022.

For the Kharif season, the tentative target for procurement of paddy would be 63 lakh MT and for the Rabi season, the target is 14 lakh MT. There is no bar for procurement of any higher quantum if more paddy arrives in the ‘mandis’ from registered farmers. The Food Supplies and Consumer Welfare Minister has been authorised to revise this target if the need arises, Mahapatra added.

The Odisha Cabinet has enhanced the monthly government contribution towards the National Pension Scheme (NPS) from 10 to 14 per cent with respect of all employees covered under the NPS. This will come into force from April 1, 2019, he added.