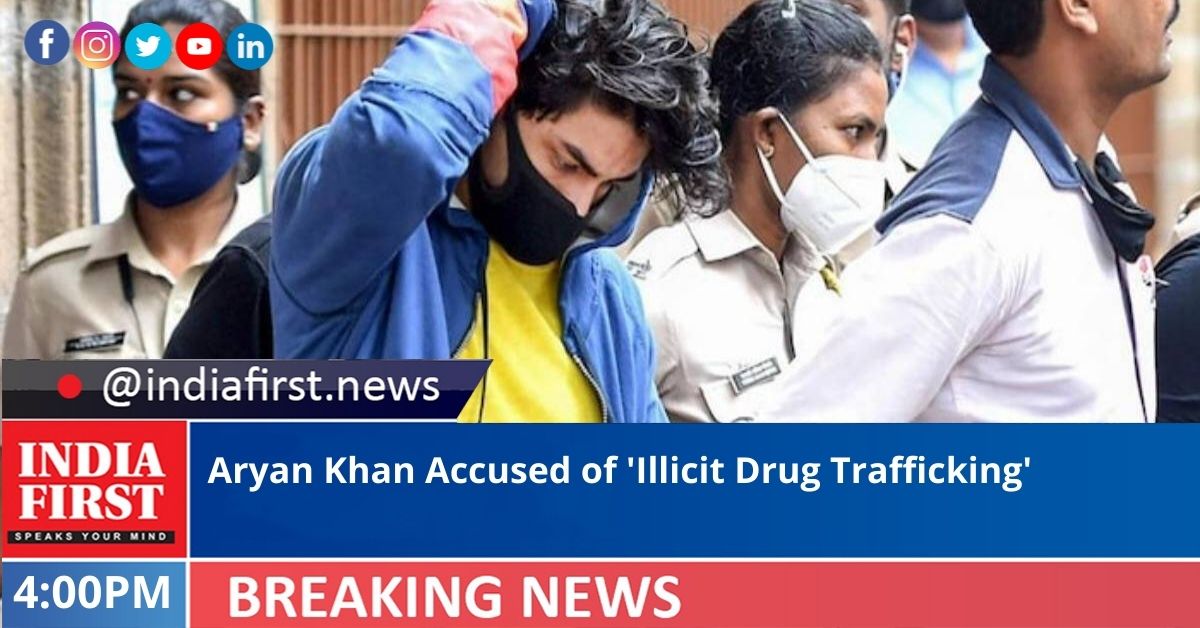 In a sensational claim, the Narcotics Control Bureau (NCB) has alleged that Aryan Khan, son of Bollywood megastar Shah Rukh Khan, along with others, was prima facie involved in “illicit drug trafficking, procuring and distribution of contraband” banned under the NDPS Act.

The agency also accused Aryan Khan of being in touch with some persons abroad who could be part of an international illegal drug syndicate and it is continuing further investigations to unearth his links to contact the foreign agency through proper channels.

Since the arguments remained incomplete, the matter will continue today afternoon, and Aryan Khan and the 7 others arrested remain in custody since October 2.

Khan’s lawyers, senior advocates Amit Desai and Satish Maneshinde argued that Aryan Khan was not present during the rave party raid on the cruise ship, had no cash to buy drugs, nor had any narcotics on him.

The NCB’s allegations came in its reply opposing the bail applications of Aryan Khan, Merchant, and Dhamecha.

It said there is prima facie sufficient material evidence in the form of WhatsApp chats, photos, etc showing that Aryan Khan was an active link of the illegal drugs chain along with the other accused.

The agency said Aryan Khan used to procure the drugs from Merchant, from whom 5 grams charas was recovered, and they are both closely associated which is sufficient to make out the offences, while Aachit Kumar, nabbed after Khan’s statement, was nabbed with 2.6 grams of ganja.

The reply states that the arrests of the other suppliers and accused form part of a larger chain, nexus and involvement in a conspiracy.

Since there was a seizure of commercial quantities of drugs, the non-recovery of drugs from one person (Aryan Khan) cannot be treated in isolation as all are intertwined with each other and are “inextricably connected”.

Strongly opposing Aryan Khan’s bail plea, the NCB said that since he an influential person, he could tamper with evidence or influence witnesses and may flee from justice.

Desai, however, termed the NCB allegations of drug trafficking as inherently absurd and false since he was not even on the ship during the raids, but the NCB said Aryan Khan used to get his drugs from Merchant.

Aryan Khan, along with Merchant, Dhamecha, Satija, Jaswal, Ishmeet Singh Chadha, Vikrant Chhoker, and Gomit Chopra were nabbed in the first round on October 3, and on October 7, remanded to 14 days judicial custody by a Mumbai magistrate.

Later, the NCB made a series of arrests, totaling to around 20 till date and all the accused are in different types of custody.