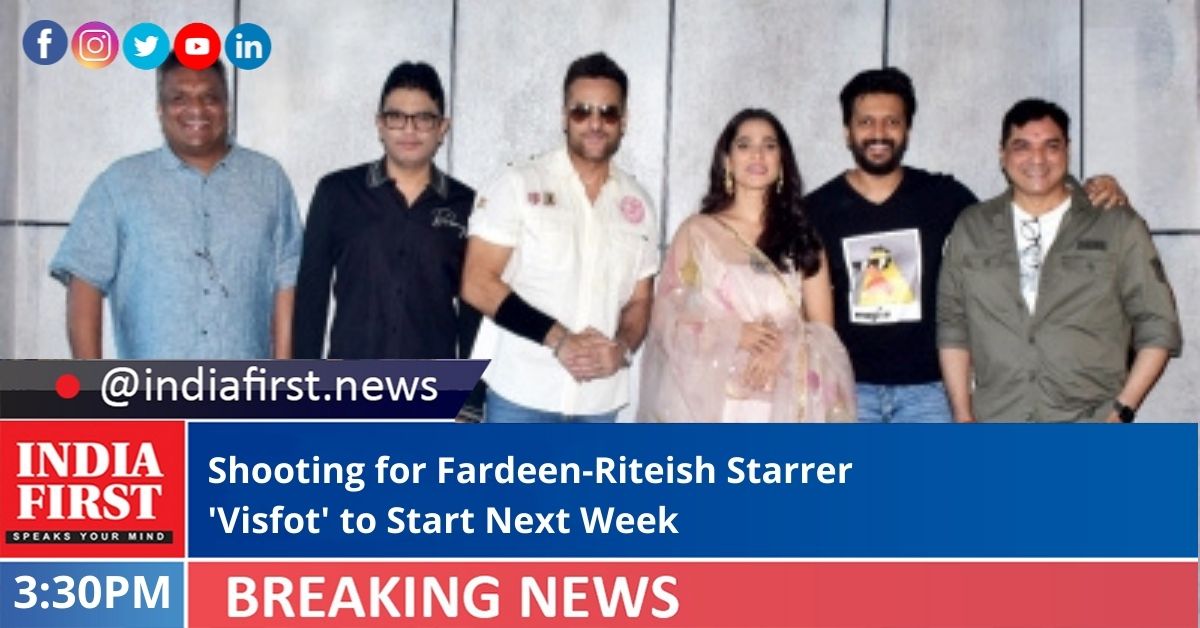 The shooting for Fardeen Khan’s comeback film ‘Visfot’, which also stars Riteish Deshmukh, will begin from next week.

‘Visfot’ marks Fardeen’s return to the big screen after 11 years. The son of late veteran star Feroz Khan, Fardeen was last seen on the silver screen in the 2010 movie ‘Dulha Mil Gaya’.

The mahurat pooja of ‘Visfot’, directed by Kookie Gulati, took place today and was attended by the cast of the film.

Director Gulati said: “The opportunity to work with this combination and actors like Riteish and Fardeen is indeed rare. I can’t wait to share this incredible story with the audience.”

‘Visfot’ is the official remake of 2012 Venezuelan film ‘Rock, Paper, Scissors’ which was selected as that country’s entry for the Best Foreign Language Film at the 85th Academy Awards.

The thriller thrives on the collision between the city’s stark contrasts – the ‘chawls’ of Dongri and the high-rises.

Sanjay Gupta, whose company White Feather Films is producing the film, said: “Every film has its own destiny and timing. This film happened to me when the world had shut down in the pandemic.”

T-Series head honcho Bhushan Kumar, who is backing the film, added: “As a producer, I’m always on the lookout for something new. On ‘Visfot’, we have Sanjay Gupta, who has a signature style of making movies. And we have Kookie Gulati to helm it. From Fardeen, Riteish to the team, we have a fiery combination at hand much like the title of ‘Visfot’.”