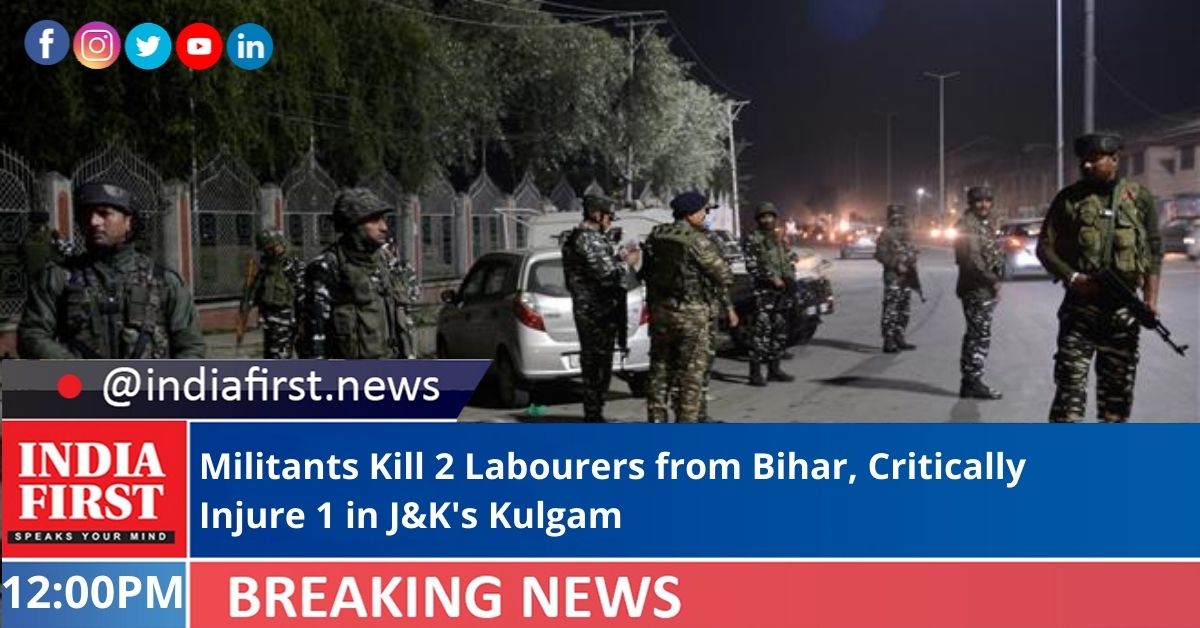 Police sources said militants entered the residential accommodation of non-local labourers in Ganjipora village of Kulgam and fired indiscriminately at them.

“Two non-local labourers, identified as Raja Reshi Dev and Joginder Reshi Dev were killed on the spot while the third, Chunchun Reshi Dev was shifted to hospital for treatment. All of them belong to Bihar,” a source said.

Security forces have started a cordon and search operation to nab the killers.

A non-local street vendor and a carpenter were killed by militants in the Valley on October 16.