Will it be Bail or Jail for Aryan Khan Today? | India First e Newspaper Skip to navigation Skip to content 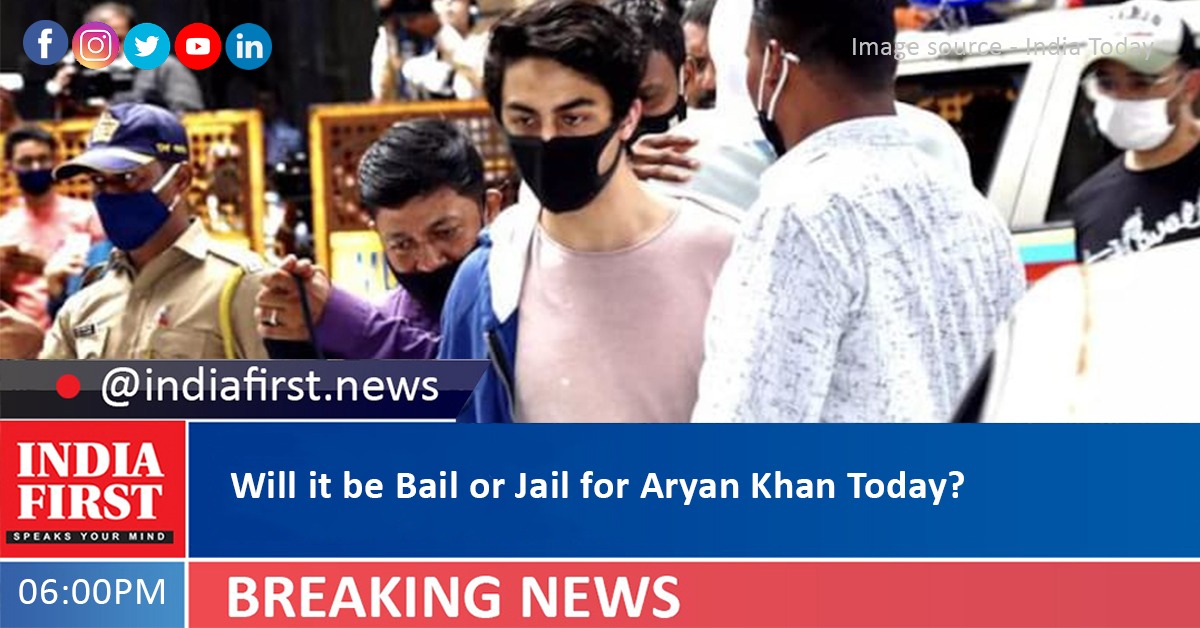 The Special NDPS Court in Mumbai is the focus of national attention as the bail plea of Aryan Khan — son of Bollywood megastar Shah Rukh Khan — and 7 other youths come up for hearing today.

The arguments in the bail pleas of Aryan Khan, Arbaaz Merchant and Munmun Dhamecha were completed last week and Special NDPS Judge V.V. Patil had deferred the verdict till today, but the hearing of the remaining accused is pending.

The hearing comes under the backdrop of a senior Shiv Sena leader Kishore Tiwari filing a plea before the Supreme Court Chief Justice N.V. Ramana demanding a high-level probe into the affairs of Narcotics Control Bureau (NCB) and the ‘violation of Aryan Khan’s fundamental rights’.

Meanwhile, the NCB has reportedly found the mention of a heroine in one of the WhatsApp chats of Aryan – who has been inside the lockup or custody for 19 nights continuously since his detention on October 2 and arrest on October 3.

The NCB has reportedly counselled him and other co-accused, offered them their religious holy books like Bhagwad Gita, Quran or Bible, Aryan reportedly is full of remorse and has promised to ‘reform’ himself after release.

However, Nationalist Congress Party National Spokesperson and Minister Nawab Malik has challenged these claims and demanded the NCB should release videos of the purported counselling sessions instead of indulging in selective leaks.

In one of the most high-profile operations, Aryan Khan, along with 7 others was caught when the NCB team led by Mumbai Zonal Director Sameer Wankhede swooped on an alleged rave party aboard a cruise ship on October 2 evening.

During subsequent investigations, another 12 persons, including a foreigner have been nabbed in the same case, while some others have been raided or questioned.

Simultaneously, fingers have been raised at the NCB’s style of working, the involvement of a fugitive and a politician, friends of the sleuths as ‘independent witnesses’, capped by the unprecedented plea to the CJI seeking a probe into the central narcotics agency’s alleged ‘mala fide doings’.