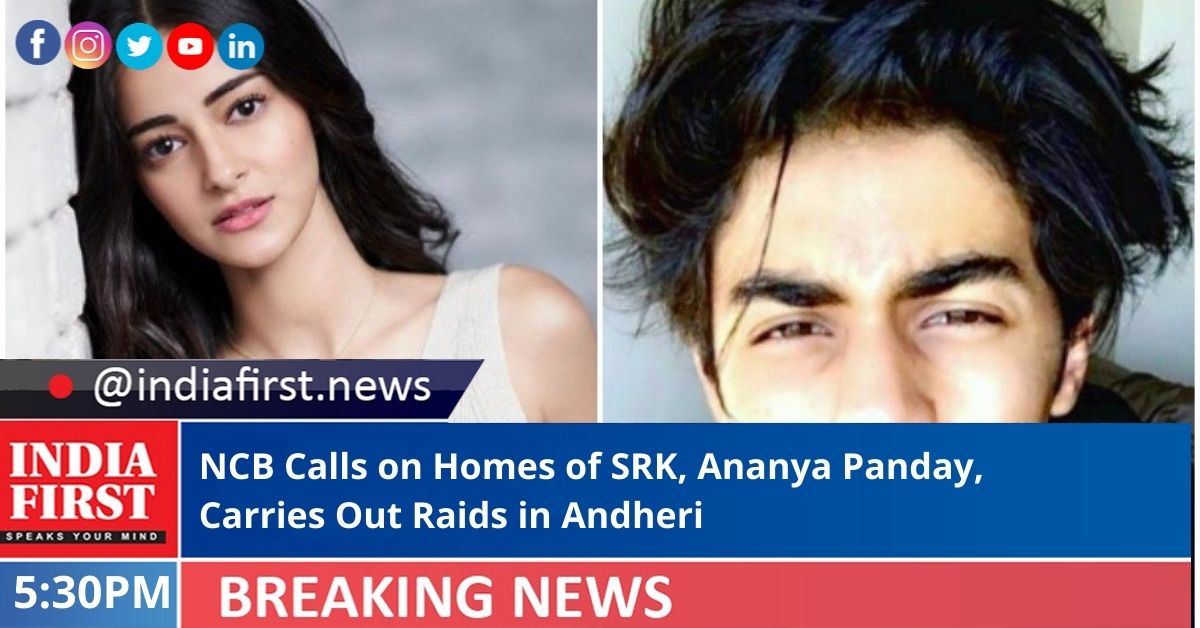 In a major development, teams of Narcotics Control Bureau (NCB) are paying a ‘visit’ to the residences of Bollywood megastar Shah Rukh Khan in Bandra West, actress Ananya Panday in Khar west, and raided a location in Andheri today as part of the ongoing probe into the October 2 luxury cruiser rave party.

The reasons for the raids at Khan’s sea-facing bungalow, ‘Mannat’ were not immediately available, but they took place shortly after the Bombay High Court this morning decided to take up his son Aryan Khan’s bail plea on October 26.

NCB teams were reportedly keeping a watch on the Khans since the past few days and Nationalist Congress Party National Spokesperson and Minister Nawab Malik had said that among various Bollywood bigwigs targeted, the superstar was on the radar of the central probe agency.