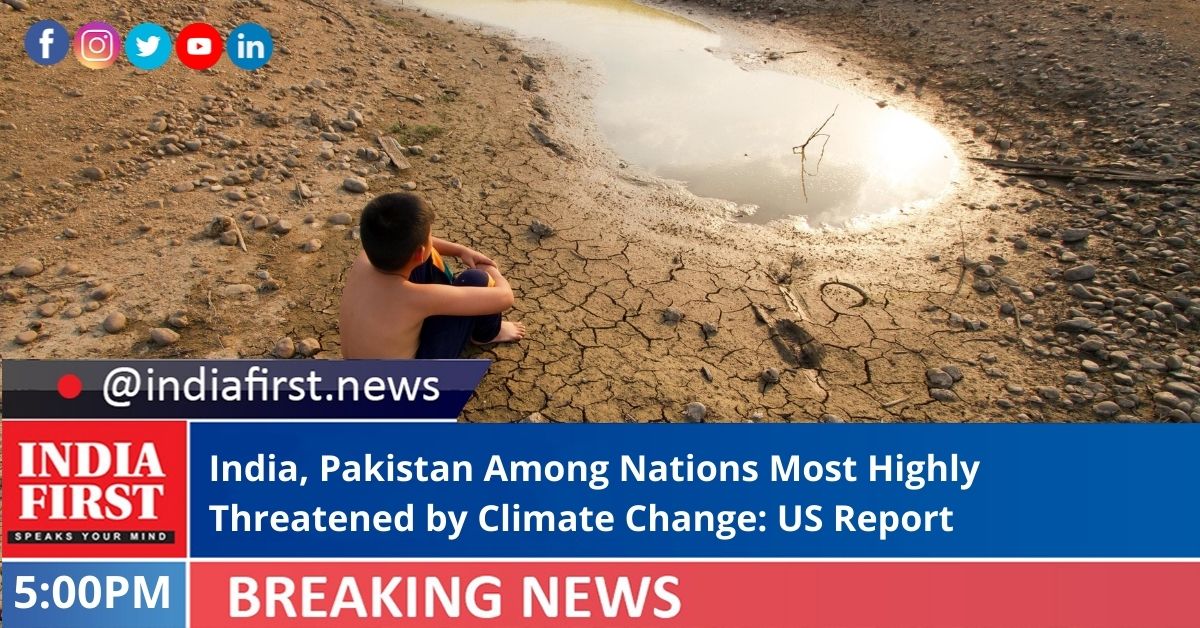 A latest report by the US Office of Director of National Intelligence (ODNI) has revealed that Pakistan and India are part of 11 countries, singled out and marked as highly vulnerable in capabilities to respond to environmental and societal crisis, triggered due to climate change.

The countries have been identified as highly vulnerable because of lack of basic facilitations and apparatus in place to tackle such challenges which include heat, drought, water availability and ineffective government.

The report also identifies that Afghanistan remains as a major concern, specifically due to heat, drought and water availability challenges the country faces. Moreover, water disputes are also a key geopolitical flashpoint in India and other parts of South Asia.

The ODNI has predicted and estimated that global warming will increase and intensify the geopolitical tensions and risk to the US national security.

The report also highlights different approaches and disparities around the globe in tackling climate change, highlighting that the countries relying on fossil fuel exports, continue to resist a zero-carbon world in view of the economic, political and geopolitical cost related to it.

The effects of climate change have certainly shown their visible affects in the region as changes in weather and prolonged extreme weathers are being witnessed.

The South Asian region has got major water shortage challenges, which has also affected lives of millions of people, who suffer to not only health deteriorations but also to severity in their financial management due to drying out farmlands.

Pakistan Prime Minister Imran Khan has been among the leaders in South Asia, who has initiated the million-tree project, planting 10 million saplings across the country, urging all to plant trees and project themselves from the devastations of climate change.

The move by has been widely appreciated by the global community.

Experts have warned that the climate changes are expected to have wide-ranging impacts which include reduced agricultural productivity; increased variability of water availability; increased coastal erosion; sea water incursion; and increased frequency of extreme climatic events

“Climate change will affect it in two ways; heavy rains will destroy major crops like wheat, rice, sugar-cane, maize and cotton on one hand, and due to the changing pattern of annual weather, our farmers will be unable to predict properly annual rainfall, cold and heat”, said Javed Jabbar, former Senator and an environmentalist.