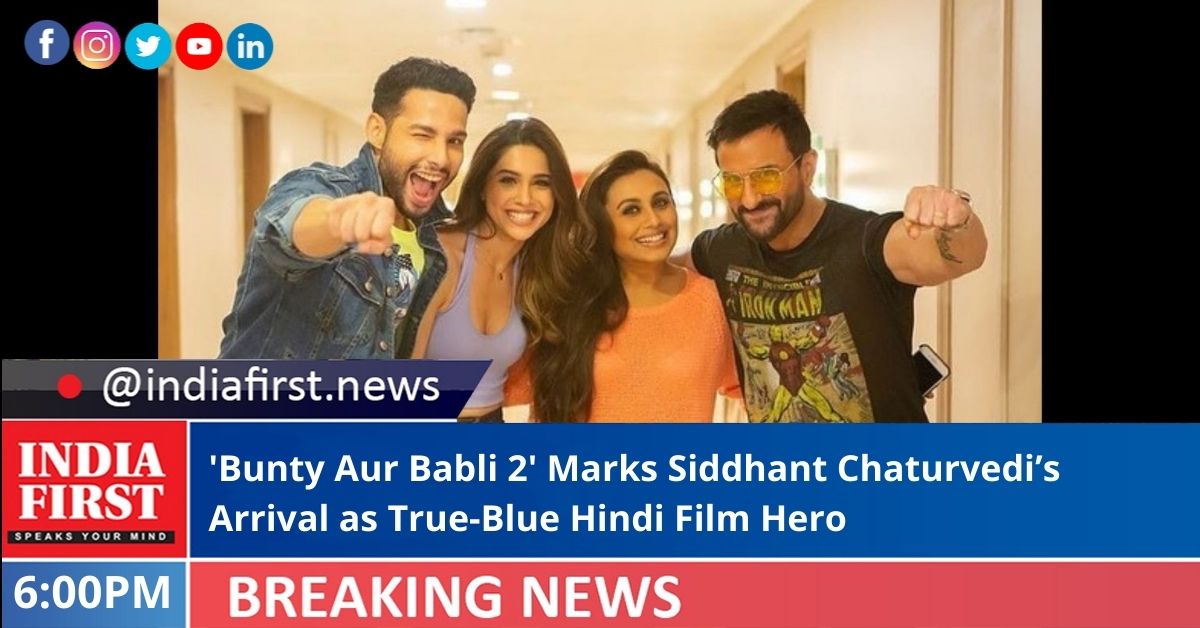 Actor Siddhant Chaturvedi, who wowed everyone with his performance as MC Sher in ‘Gully Boy, turns hero for the first time in the upcoming film ‘Bunty Aur Babli 2’, where he plays the role of the new Bunty, a suave, smart conman from the big city.

Siddhant says: “‘Bunty Aur Babli 2’ is an extremely special film for me because it presents me as a Hindi film hero for the first time in my career. I have waited for this moment for some time now and I can’t wait to see the reaction of the industry and audiences. It is a huge project to be a part of because we have all grown up watching ‘Bunty Aur Babli’ and playing Bunty is a dream come true moment for me.”

His mastery with disguises make him a chameleon in the real world and his acumen on the digital frontier makes him a slippery, master of digital heists.

Siddhant’s Bunty is diametrically opposite to Saif Ali Khan’s Bunty avatar. Siddhant is technologically forward and full of tact, Saif is sharp-witted but unaccustomed to how the digital boom has changed the art of conning people and made it extremely complex.

He added: “I come from Ballia in Uttar Pradesh and I understand the world of the film, I understand the aspirations of the youth hailing from these parts of our country. So, I was sold on the film immediately as soon as I heard the narration.

“I’m a quintessential Hindi masala film lover and now that I’m the hero of a commercial Hindi film like this, I feel I’m blessed that the industry and YRF noticed me to deliver the goods. I have done my best to play the new Bunty. He is set in a different world, a technology-forward world, a world I have grown up in.”

‘Bunty Aur Babli 2’ is scheduled to release on November 19.