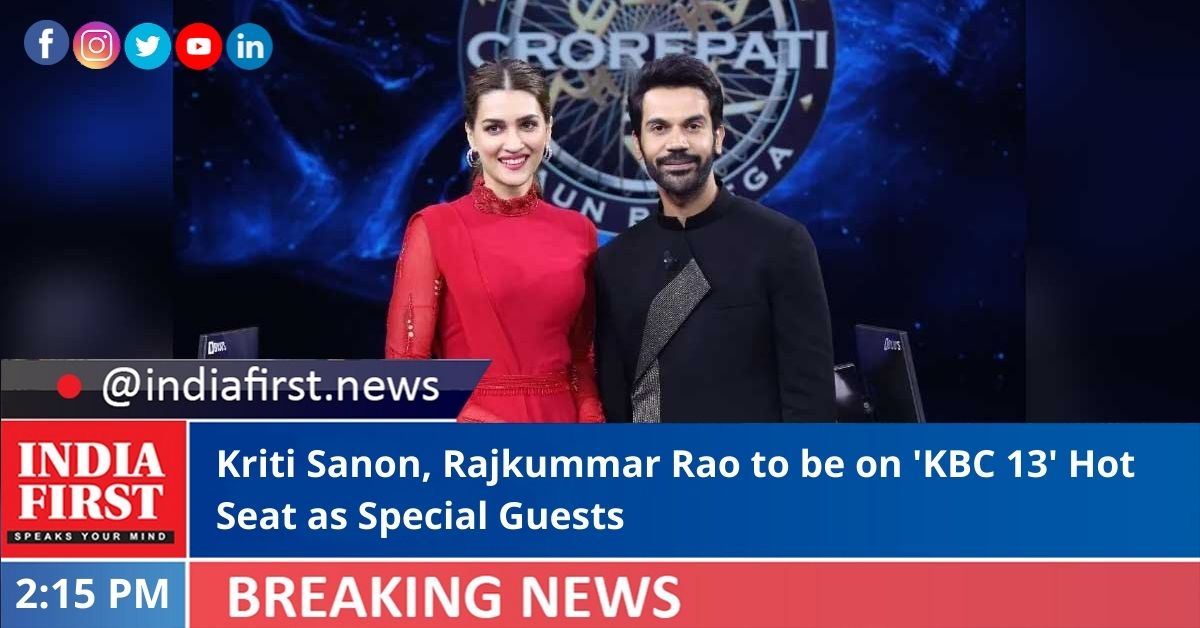 Actors Kriti Sanon and Rajkummar Rao will be seen as special guests on ‘Kaun Banega Crorepati 13’s ‘Shaandaar Shukravaar’ episode. They will be on the hotseat playing the game for a social cause and interacting with the host Amitabh Bachchan.

Actress Kriti Sanon goes down on her knees for proposing to Amitabh Bachchan and it will be followed by a ballroom dancing. Moreover, Rajkummar Rao will be seen impersonating actors such as Shah Rukh Khan and Sunny Deol on the show.

He will also request the host to enact a few scenes from Amitabh’s iconic movie ‘Deewar’.

Kriti’s sister Nupur Sanon will be sharing a special message.