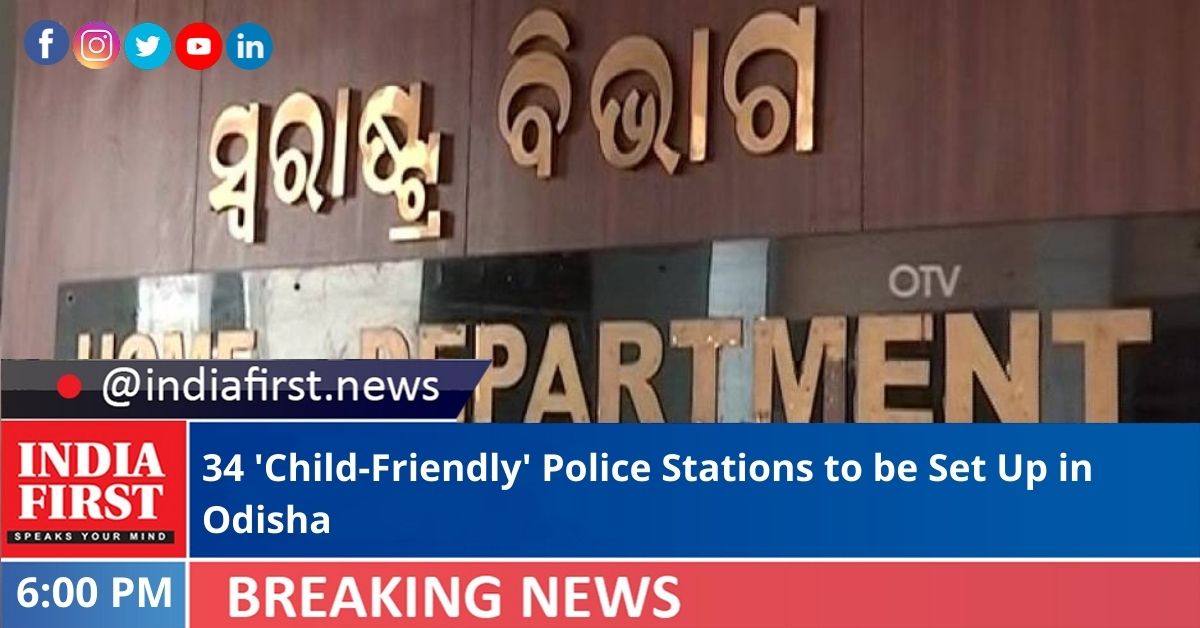 The Odisha government has decided to set up 34 “child-friendly” police stations across the state, the Chief Minister’s Office (CMO) said in a statement yesterday.

Chief Minister Naveen Patnaik has directed officials to set up one such police station in each of 34 police districts.

As per the release, the Chief Minister felt the need for a suitable atmosphere for children, who need police assistance for various reasons. and decided to set up the special police stations.

All of these police stations will have special facilities like logos and plaques, as well as small libraries for children. They will also feature a variety of interesting books, magazines, and newspapers.

Similarly, beds, chairs, and tables will also be put up in the police stations for the convenience of the children. There will also be a display board carrying information on the rights of children, and do’s and don’ts for the police.

Besides, there will be a special plaque for the names of the child welfare officer and other information to contact them. Toys, and first aid kits for children will also be kept in these police stations, it said.