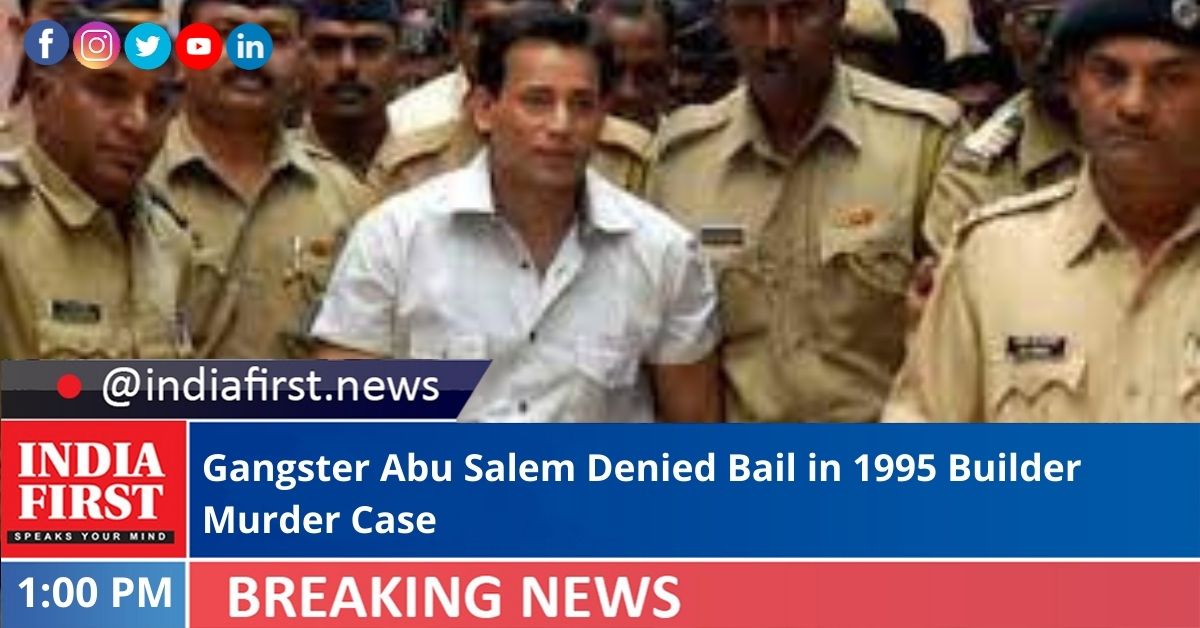 The Supreme Court has declined to entertain a bail plea by gangster Abu Salem serving life imprisonment in the 1995 murder case of Mumbai-based builder Pradeep Jain.

A special TADA court on February 25, 2015, had sentenced Abu Salem to life imprisonment for murder of the builder and his driver Mehdi Hassan. Police had claimed that Jain was shot dead on March 7, 1995, by assailants outside his Juhu bungalow after he allegedly declined to part with his huge property to Abu Salem.

The bench, also comprising Justices Surya Kant and Hima Kohli, added that “taking into consideration the facts and circumstances of the case, we direct the registry to list these appeals (against February 2015 verdict) for final disposal in the third week of November 2021”.

Abu Salem is also a convict in the 1993 Mumbai serial blasts. After a long legal battle, he was extradited from Portugal on November 11, 2005.