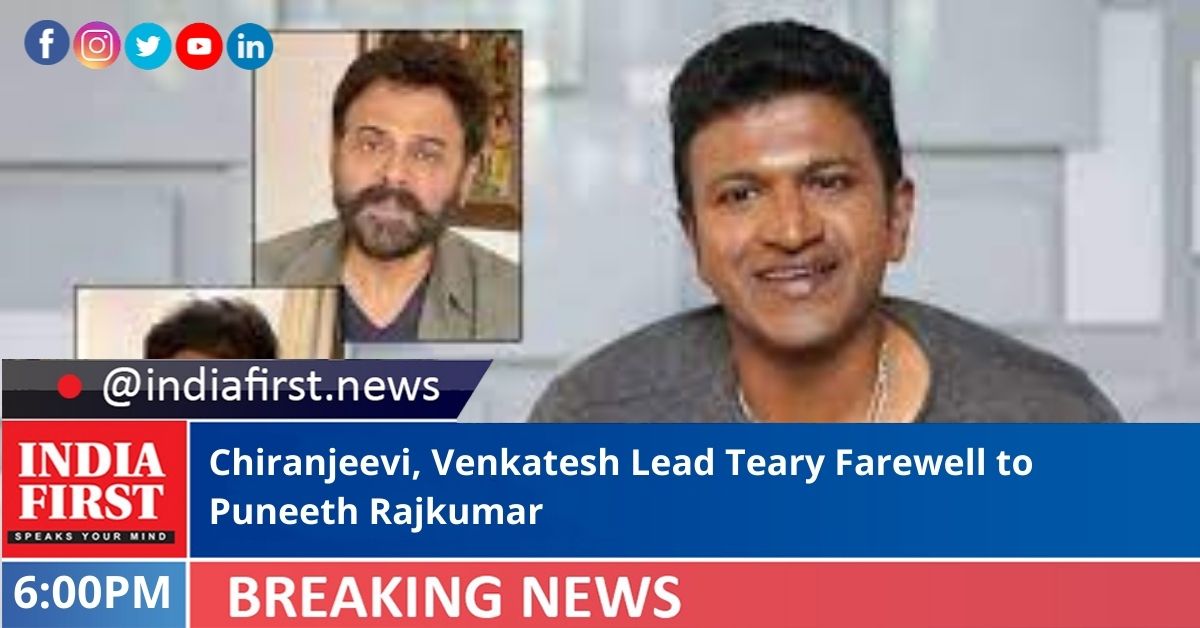 Both the actors reached Bengaluru along with actor Srikanth and comedian Ali to pay homage to the young actor who succumbed to cardiac arrest on October 29.

They placed wreaths on the body and consoled the actor’s elder brother, Shivrajkumar.

Chiranjeevi said: “We miss you Appu (Puneeth). God has taken you because you were a good person. May the Almighty give strength to your family. May your soul rest in peace. Whenever we came to Bengaluru, we visited Rajkumar’s family. We got used to it. It was a good experience. Puneeth was a genuine person with a good heart and soul.”

Srikanth said: “Puneeth was a down to earth person who respected elders. We are going to miss him. I worked with him in the movie ‘James’. All Telugu heroes respected Puneeth. ‘James’ was supposed to be dubbed in Telugu, therefore, Puneeth had called me a week ago.”

He said: “We will always remember you. May the Almighty give strength to the family to cope with this situation. Puneeth was a fitness freak. How it happened to him is a million-dollar question. The government has made good arrangements,” he said.

Meanwhile, Puneeth’s elder daughter Dhruthi reached Bengaluru from New York and broke down in front of her father’s body. The sight of his two daughters holding their mother while crying in front of the body of their father was heart-wrenching.