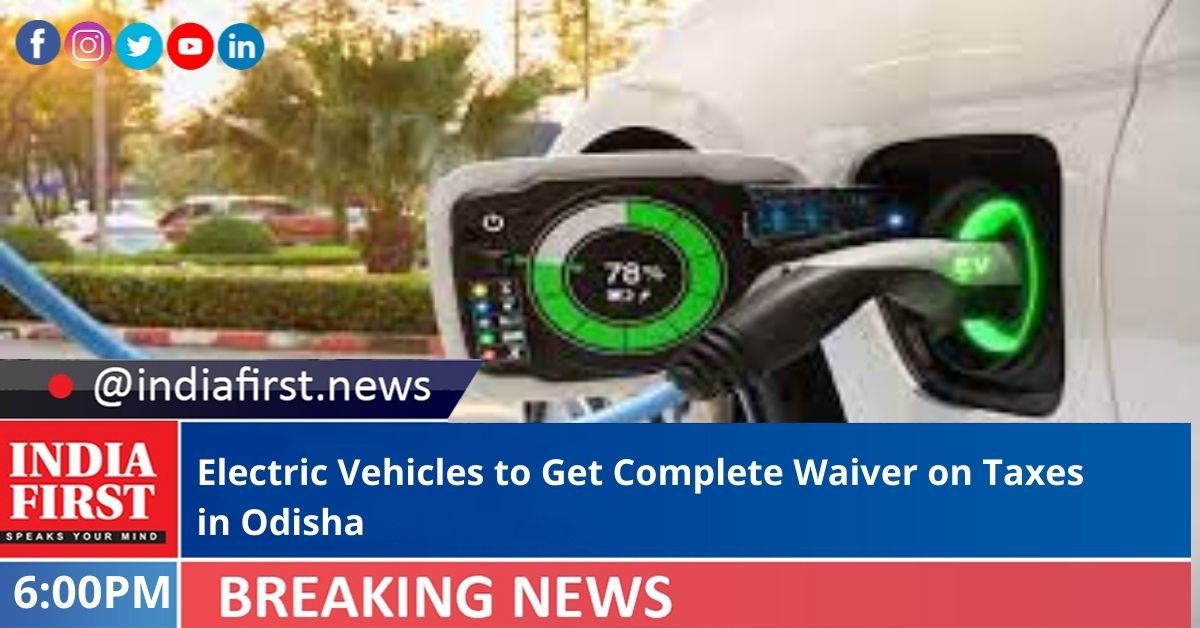 The Odisha government has made 100 per cent exemption on motor vehicle (MV) taxes and registration fees on electric vehicles in accordance with the Odisha Electric Vehicle Policy, 2021.

The State Transport department issued a notification in this regard yesterday.

“The state government in exercise of the powers conferred under the Odisha Motor Vehicles Taxation Act, 1975, does hereby allow 100 per cent exemption of motor vehicles taxes and also registration fees in respect of all types of battery operated vehicles (electric vehicles) during the policy period, i.e. up to December 31, 2025,” read the notification.

On the advice of NITI Aayog, the Odisha government has come up with the Electric Vehicle Policy, 2021 in September this year in order to encourage faster adoption of electric vehicles in the State.

Under the policy, the government has proposed to extend financial incentives for manufacturing industries, buyers, scrapping along with interest subvention in loans, waiving of road tax & registration fees during the policy period (five years). It has also decided to give incentives under the Startup Policy.