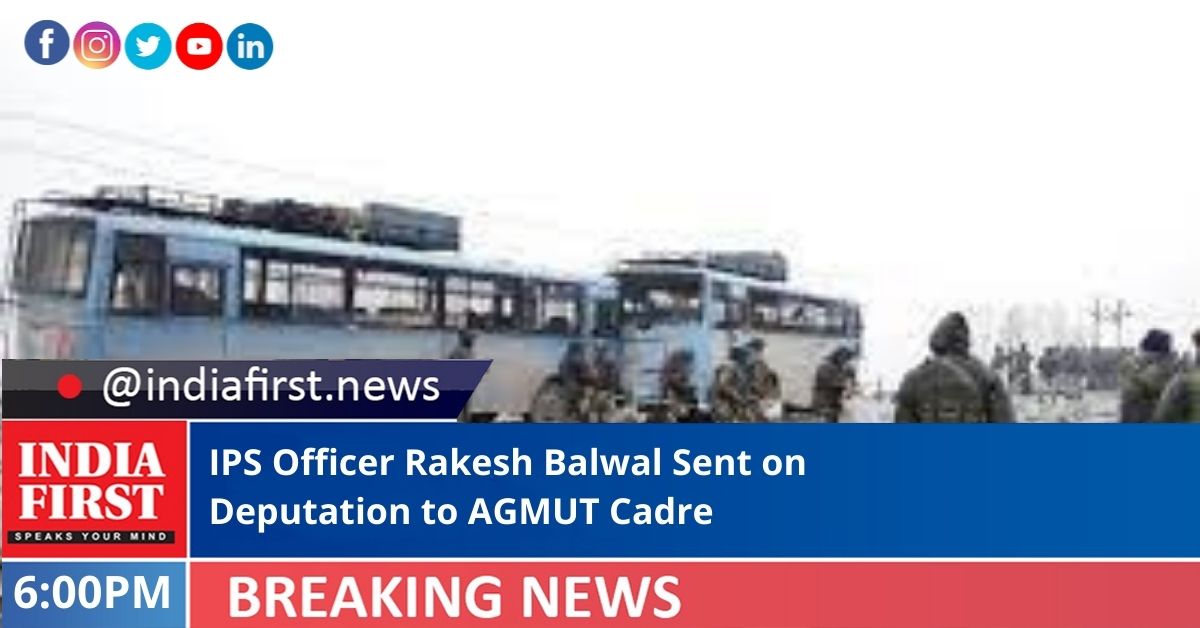 The 2019 Pulwama attack investigating officer, Rakesh Balwal, on deputation to National Investigation Agency (NIA), has been moved to AGMUT cadre and will be posted with Jammu and Kashmir (J&K) Police.

According to the official notification issued by the Appointments Committee of the Cabinet under Ministry of Personnel, Public Grievances and Pension, “The Appointments Committee of the Cabinet has approved the proposal of the Union Ministry of Home Affairs for inter-cadre deputation of Rakesh Balwal, IPS (MA: 2012) from Manipur cadre to AGMUT cadre (Union Territory of J&K) for an initial period of three years in relaxation of the policy. ”

Balwal, an IPS officer of 2012 batch of Manipur cadre, was on deputation to the NIA for the last three and half years as Superintendent of Police.

A leading investigator in most cases in J&K, Balwal headed the probe of Pulwama attack and other terror funding cases in Kashmir valley and he cannot be repatriated to his own Manipur cadre as of now because it would affect the ongoing investigations in many cases in J&K, an official in the security set-up said.

In August, 2020, the NIA had filed more than a 13,500-page chargesheet in a special court in Jammu, detailing the events of Pulwama attack and naming all accused. The anti-terror probe agency discloses the names of 19 accused in connection to the gruesome terrorist attack on the CRPF convoy in February 2019.

The NIA investigators under Balwal leadership, left no stone unturned in covering all aspects of the investigation, including the consultation with US federal intelligence agency, FBI regarding the JeM role in the attack.