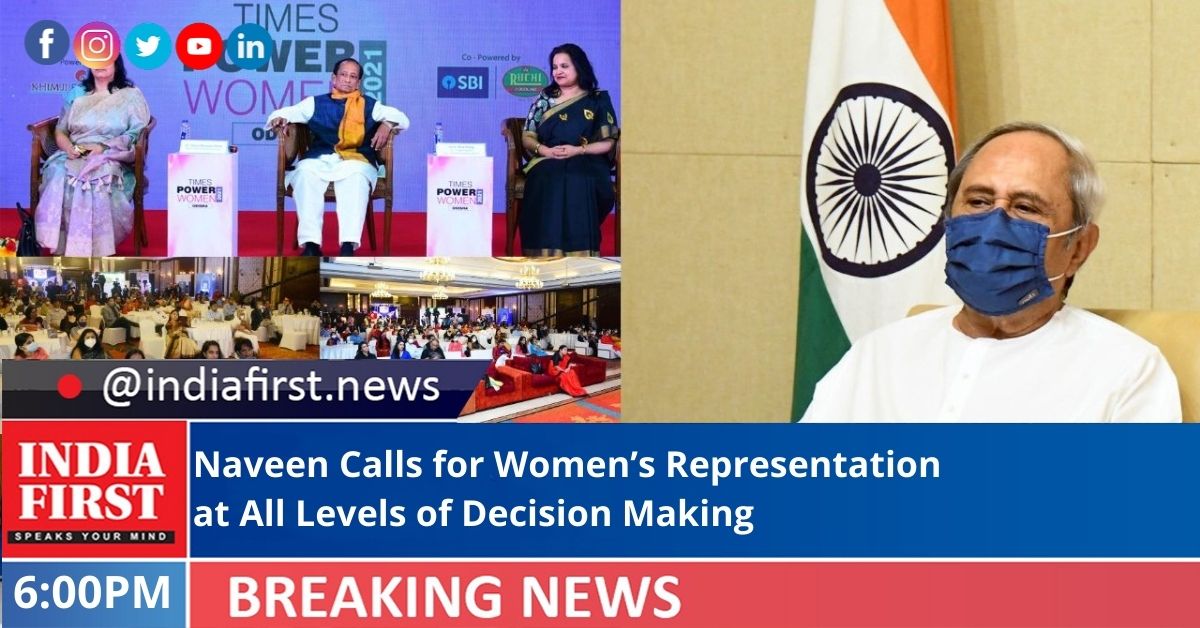 Odisha Chief Minister Naveen Patnaik yesterday said women must be represented at all levels of decision making from the grassroots to the Assemblies and Parliament.

Joining the first edition of Times Power Women as chief guest, Patnaik said that representation of women in democratic institutions is a significant area of focus for him.

In achieving the objective to this end, he said, Odisha has reserved 50 per cent seats for women in Panchayats. “We support the reservation of women in policymaking bodies. In a first by any political party, Biju Janata Dal (BJD) reserved one third of the seats for women in the 2019 Lok Sabha elections,” he said.

Stating that women are torch bearers of an Inclusive Odisha, he described how his government has steered women to play a huge role in the growth story of new Odisha – a story that is aspirational, empowering and transformational.

“My government has always held that no household, no society, no State, no country has ever moved forward without empowering its women. At the core of our key initiatives is the effort to make girls and women financially independent and truly empowered,” Patnaik said.

Speaking on the government’s flagship programme Mission Shakti, he said that it’s an empowerment model that now encompasses 70 lakh women in all habitations across the State. It caters to millions of ordinary women, who aspire for better lives for themselves and their families.

The Chief Minister also spoke on Schemes like Mamata that gives dignity to pregnant women by assuring them support at a vulnerable time, Biju Swasthya Kalyan Yojana (BSKY) that provide Rs 10 lakh coverage for women and Sudakshya that seeks to provide quality technical education to girls.

“Our land right documents are also issued in the name of women, and Odisha is the State that has the highest number of girls in hostels in the country,” he pointed out.