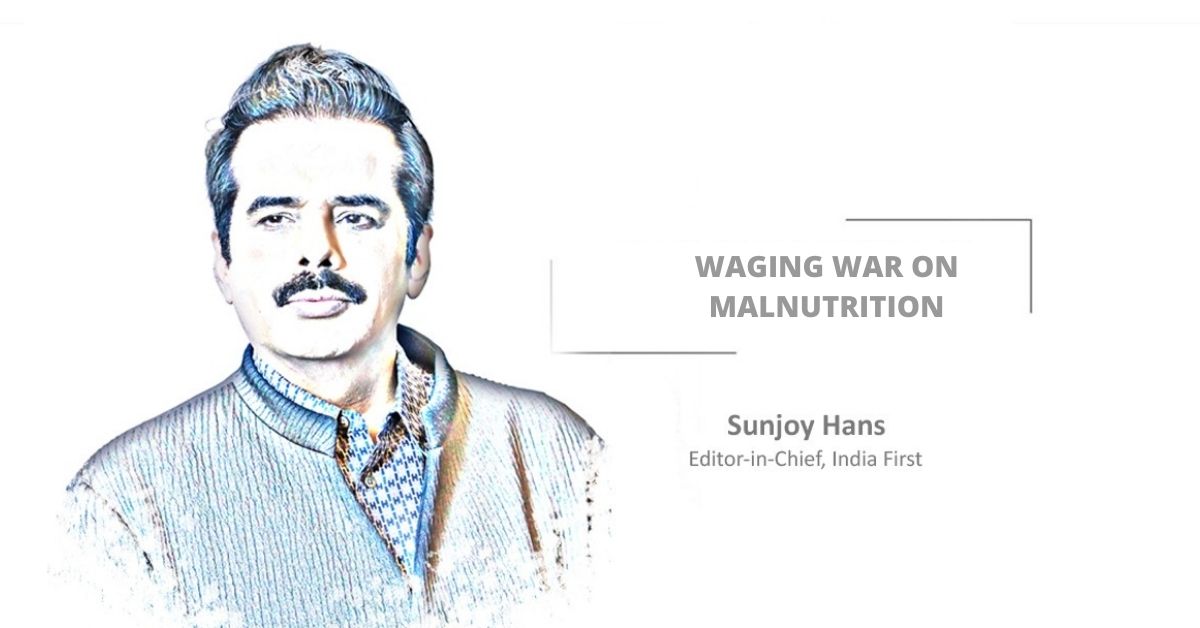 Fighting poverty and malnutrition has been one of the priorities of the Naveen Patnaik government. This is evident with the number of programmes aimed at eradicating these two problems that had become serious in the state. An important step towards combating malnutrition was taken recently in the tribal-dominated Koraput district, part of the infamous KBK belt, with the district administration launching the community management of acute malnutrition (CMAM) programme in Jeypore district’s Sankudi village.

The programme that targets children with malnutrition-related complications will be carried out with the help of ground-level health workers, who will provide nutrition and medical support to anaemic children apart from raising awareness among mothers. Earlier, malnourished children had to be referred to nutrition rehabilitation centres, but with the launch of the new programme, they will receive nutritional support in their respective villages.

Such interventions underscore the state government’s commitment to fight the curse of poverty and resultant malnutrition. Odisha was one of the first states in the country to draw up a nutrition budget, a unique idea that involves coordination between a number of government departments, including mass education, health and women and child development departments. The state also supports its nutrition agenda through agricultural policies, the public distribution system and programs that take care of the malnourished.

An inter-departmental approach to combat malnutrition was important because a number of them have been tackling the problem in their own ways. Roughly speaking, the Department of Women & Child Development has the highest share of nutrition-specific schemes followed by consumer welfare, mass education and health departments. Even the departments of ST & SC Development, Panchayati Raj and Agriculture have been making significant contributions in this field.

However, while Odisha’s overall performance in fighting malnutrition has been commendable, the government needs to make an extra effort in the case of certain districts such as Koraput and Malkangiri, both having a sizeable tribal population and facing the problem of left-wing insurgency. Malnutrition also remains an issue in pockets of Keonjhar and Jajpur districts. Nagada village in Jajpur was in focus a few years ago following the detection of serious cases of malnutrition among children. The government, however, addressed the issue immediately by dispatching special teams to the hill-top village where health facilities were improved and arrangements were made to ensure a healthy diet for children.

Malnutrition is a complex problem, stemming more often than not from poverty, which denies a child access to food and nutrition before and after birth. This leads to infections and diseases of various kinds. The problem, thus, needs to be tackled with a holistic approach. While Anganwadi centres have been providing food to children (and schools, too, have been catering mid-day meals to them), other departments must also chip in with nutritional inputs to ensure that any signs of malnutrition are nipped in the bud. This is a war we must win unitedly for the sake of our future generations.