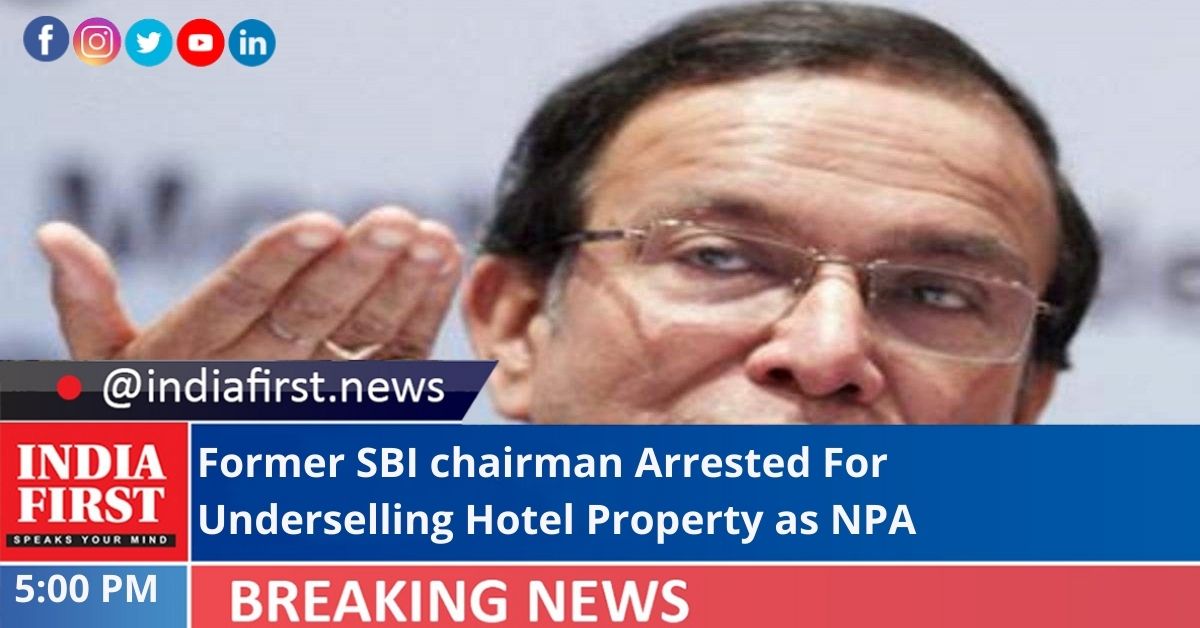 Former SBI chairman Pratip Chaudhary has been arrested by the Jaisalmer Police from Delhi on the basis of arrest orders issued by the Chief Judicial Magistrate Court in the case of selling a hotel property at a cheap price after declaring it NPA.

Pratip Chaudhary was arrested yesterday and will be brought to Jaisalmer today.

According to information received from the police, Pratip Chaudhary was arrested from his residence in Delhi in a case related to a hotel group in Jaisalmer. It is alleged that the property worth about Rs 200 crore was sold for Rs 25 crore by declaring it Non-Performing Asset (NPA).

This property, in fact, was seized in lieu of the loan.

According to the police, the hotel group had taken a loan of Rs 24 crore from SBI in 2008 for the construction purpose. At that time, another hotel of the group was running smoothly. After that, when the group could not repay the loan amount, the bank seized both the hotels of the group after considering it as a non-performing asset. At that time, the chairman of the bank was Pratip Chaudhary.

The bank then sold both the hotels to a company for Rs 25 crore at a much lower price than the market rate. On this, the hotel group went to court.

Meanwhile, the buyer company took over it in 2016 and when this property was valued in 2017, its market value was found to be Rs 160 crore. At the same time, after retirement, Pratip Chaudhary joined the same company as a director to which this hotel was sold. At present, the value of these hotels is being estimated at Rs 200 crore.

In this case, the CJM Court of Jaisalmer ordered the arrest of Pratip Chaudhary.