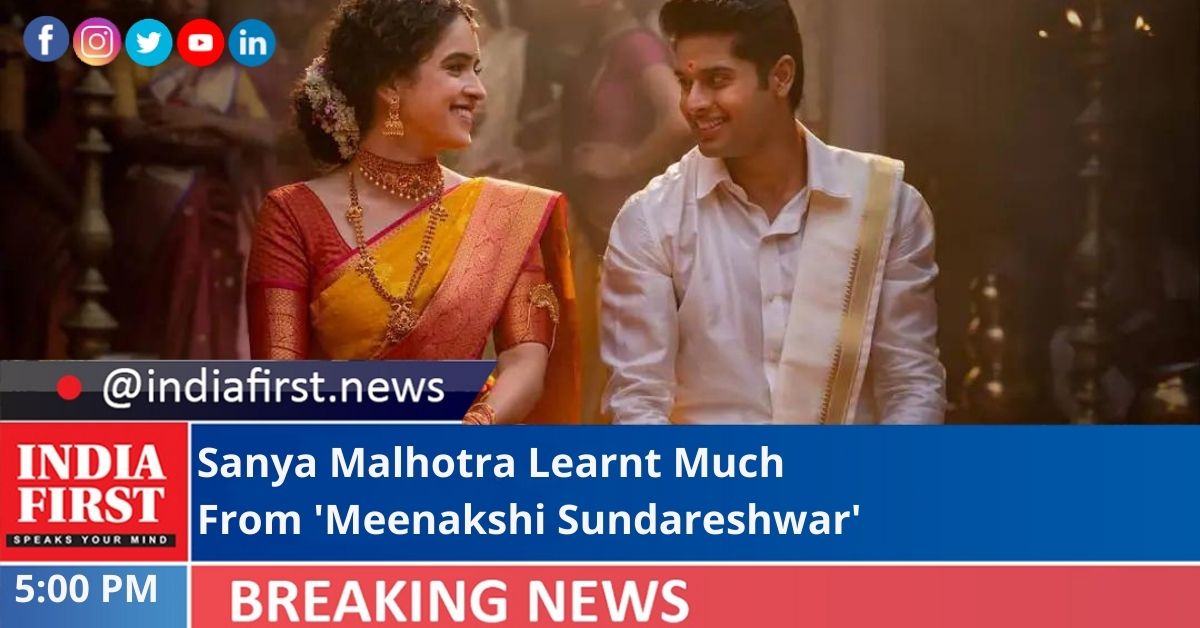 Actress Sanya Malhotra, who started her journey with the 2016 biographical sports drama ‘Dangal’, will be next seen in ‘Meenakshi Sundareshwar’ in which she stars opposite Abhimanyu Dassani. She says it has been a learning experience for her as it opened the doors to a different working style for her.

Revealing that it added another layer to her thought process, the actress said: “Art clearly adds a lot to an artiste. This film was a really good learning experience for me. During the first week of our shooting, we were shooting in Karaikudi and Vivek (the director of ‘Meenakshi Sundareshwar’) shared a visual reference photo for a scene for a montage in the film.”

“As an actor, I’ve never worked like that. But then, I saw that visual reference that Vivek had shown, it was a very beautiful painting. It was such a great learning experience for me because sometimes you have to keep that actor aside and just see visually,” she added.

As an actor, one has to constantly observe and draw from their surroundings, learn and unlearn a lot of things to get the pitch and tone of characters in place. ‘Meenakshi Sundareshwar’ proved to be a learning curve for the actor. The film directed by Vivek Soni, is a rom-com and tells the story of a couple who struggle with the challenge of a long-distance relationship immediately after their marriage.

Produced by Dharmatic Productions, the film is all set to stream on Netflix from November 5.