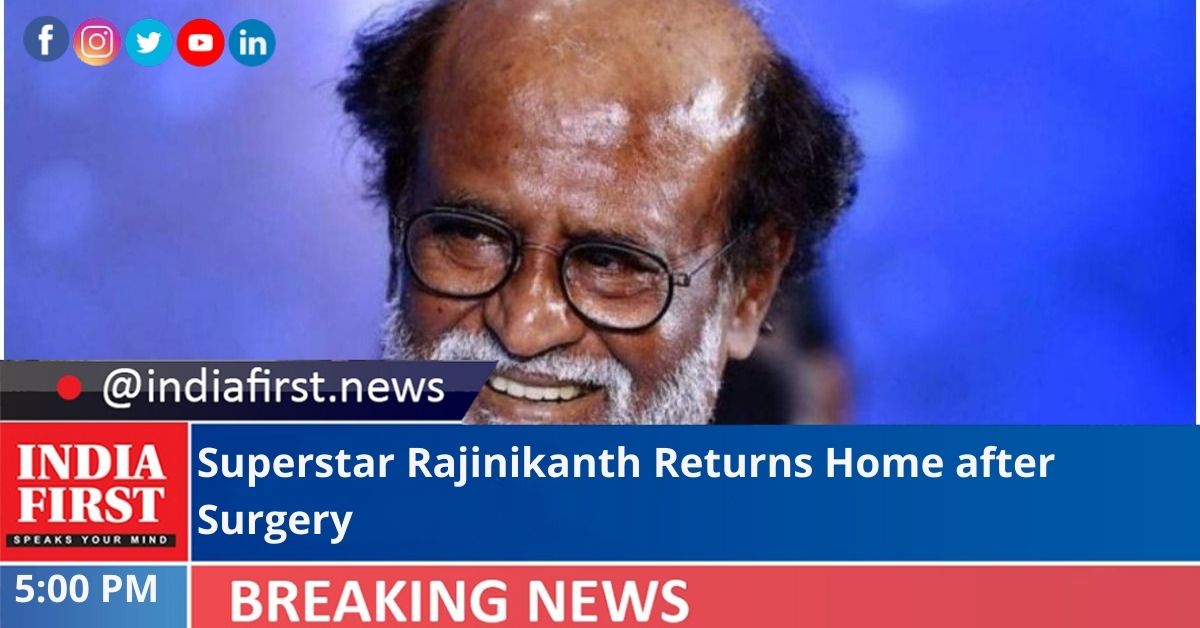 Actor Rajinikanth, who was honoured with the Dadasaheb Phalke Award this past week, has returned home from Kauvery Hospital where he underwent a surgical procedure.

After undergoing a carotid artery revascularisation on October 28, the actor was back home late on Sunday night after being discharged from the hospital, in time for the Deepavali release of his next film, ‘Annaatthe’.

The immensely popular actor, whose health condition has been fragile in recent months, was admitted to Kauvery Hospital on October 28 after he complained of giddiness. His admission to the hospital triggered concern among fans and members of the film fraternity.

A bulletin released by the hospital allayed their fears. “Mr Rajinikanth was admitted to Kauvery Hospital, Chennai, following an episode of giddiness. He was thoroughly evaluated by an expert panel of doctors and advised to undergo carotid artery revascularisation. The procedure was performed successfully and he is recovering well.”

Rajnikanth will now be able to savour the release of ‘Annaatthe’, directed by Siva and produced by Kalanithi Maran of Sun Pictures, on November 4. And as well all his new releases, it promises to be a big fan event.