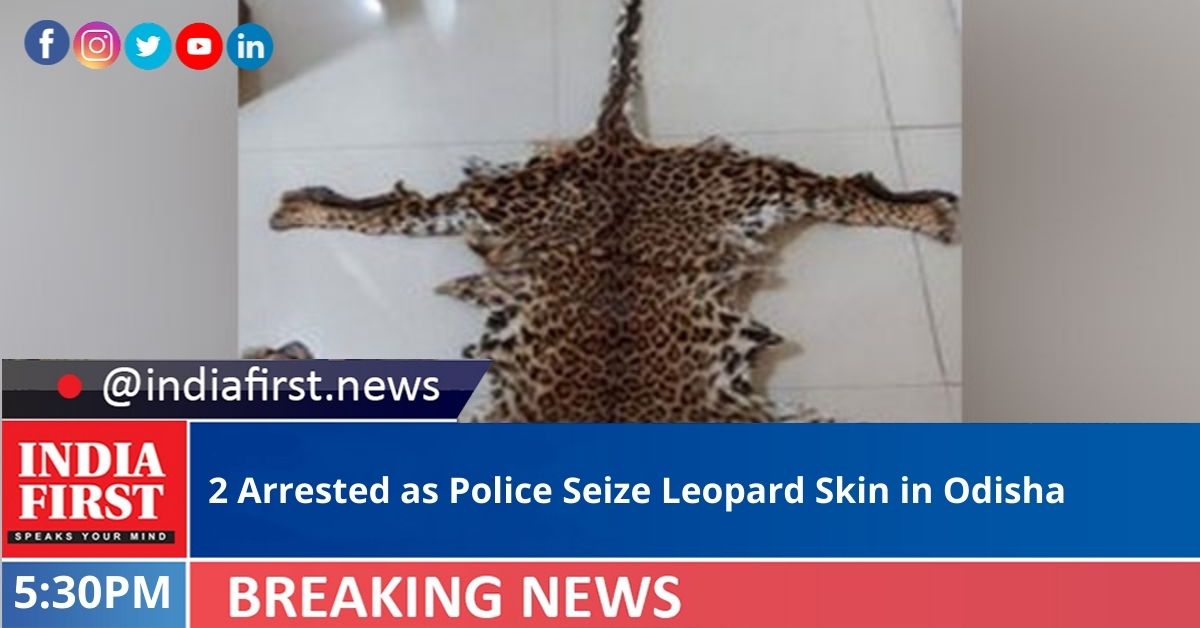 On the basis of a tip-off, a STF team conducted a raid with the help of forest officials near Chatani bus stop in Mayurbhanj district and seized the leopard skin from the possession of two persons.

The arrested were identified as Ajit Kumar Giri and Chandrakant Kurji, both hailing from Mayurbhanj district, the STF said in a statement.