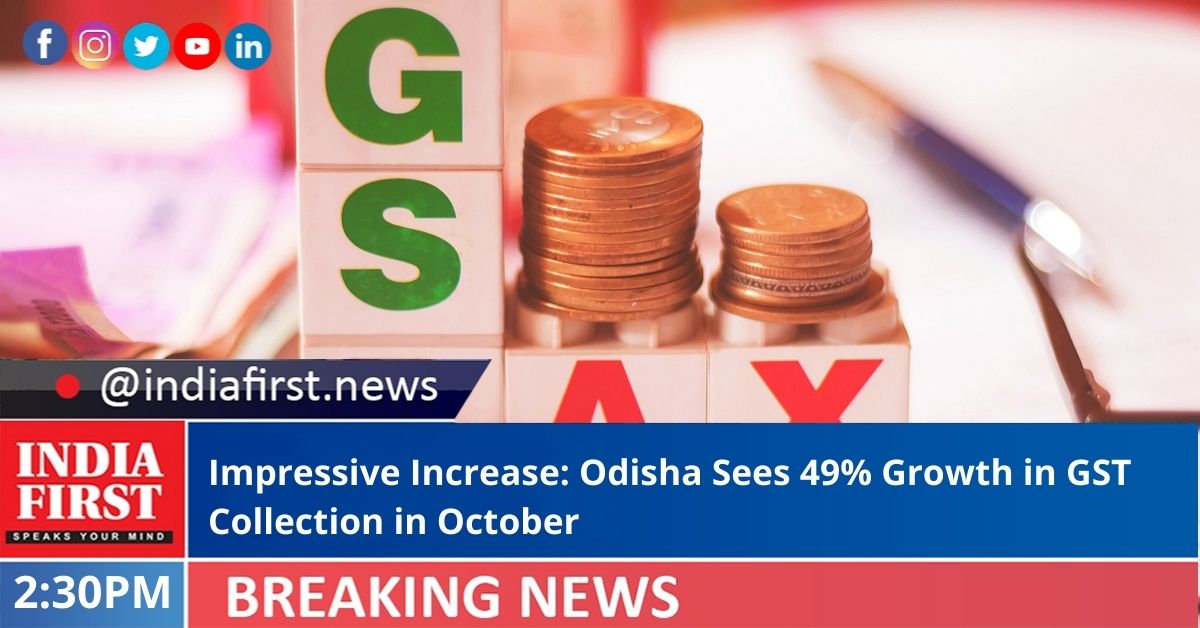 The state has collected Rs 3,593.34 crore in the last month as against Rs 2,428.27 crore collected in October last year. This is the highest growth rate of GST amongst all the major states in the country for the second consecutive month, the office of the Odisha Commercial Tax and GST Commissioner said in a statement.

The progressive GST collection till October of the current financial year was Rs 23,897.20 crore while Rs 14,701.25 crore was collected till October of last fiscal, thereby registering a growth of 62.55 per cent, it said.

The progressive collection of OGST up to October of FY 2021-22 was Rs 6,819.91 crore while the state had collected Rs 4,331.54 crore during the same period in the last financial year. The progressive OGST collection recorded a growth of 57.45 per cent till September.