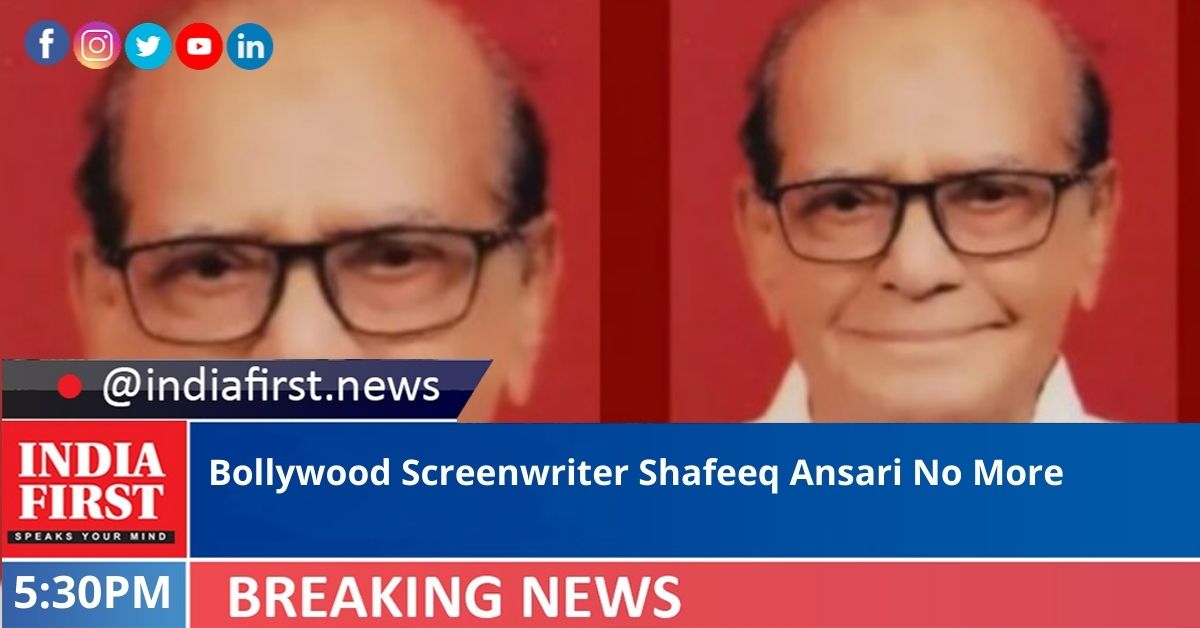 Noted screenwriter Shafeeq Ansari of ‘Baghban’ fame died early yesterday in Mumbai after a prolonged illness. He was 84.

His son Mohsin Ansari confirmed the news of the writer’s demise and his last rites are to be performed at the Oshiwara cemetery.

Shafeeq Ansari started his career as a writer in 1974 with Dharmendra and Shatrughan Sinha-starrer ‘Dost’, followed by Dharmendra and Hema Malini-starrer ‘Dil Ka Heera’ and in 1990 he penned Dilip Kumar, Govinda and Madhuri Dixit-starrer ‘Izzatdar’ followed by ‘Pyaar Hua Chori Chori’ which starred Mithun and Gouthami.

Ansari joined hands with veteran filmmaker B.R Chopra and was credited as one of the dialogue and screenplay writers of 2003 hit ‘Baghban’ featuring Amitabh Bachchan, Hema Malini and Salman Khan.

He is survived by his son Moshin and a daughter.