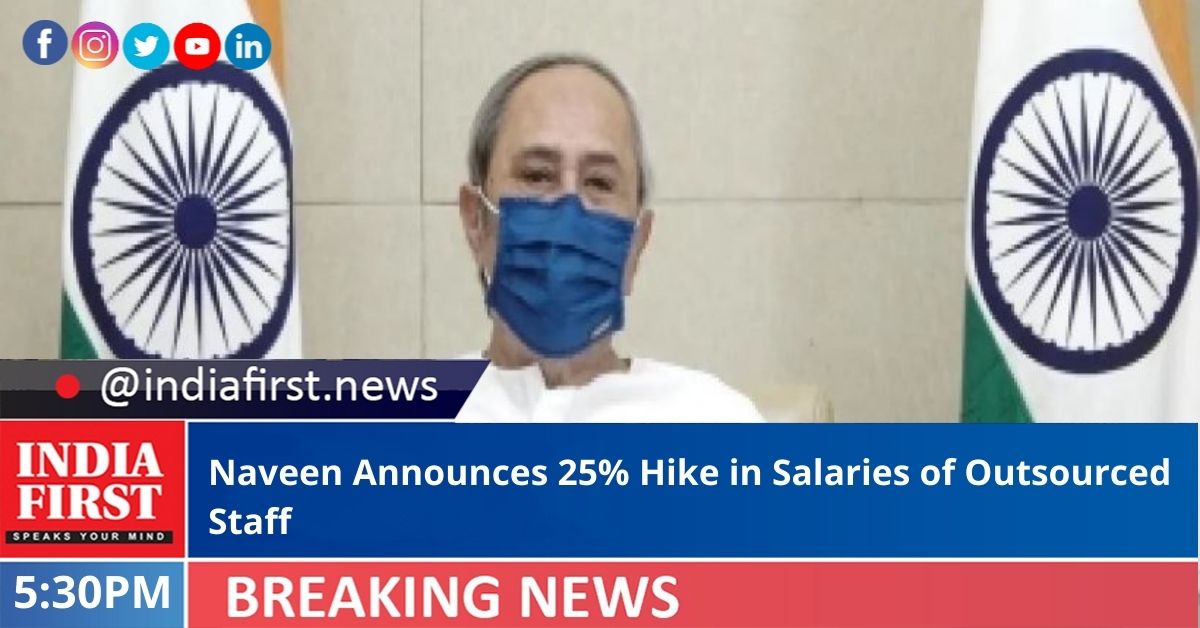 On the eve of Diwali, Odisha Chief Minister Naveen Patnaik announced a 25 per cent hike in the remuneration of persons employed through outsourcing agencies and on contract basis in various departments of the state government.

This will benefit about 33,000 persons engaged in various departments of the Odisha government and the state will bear an additional burden of Rs 100 crore every year for this move, the Chief Minister’s Office (CMO) said in a statement.

The concerned agency will bear the contribution of such employees in EPF and ESIC. The concerned department will have to ensure this, it said.

Patnaik has directed the officials to take stern action against the companies and agencies that neglect to pay the above fees.

In addition, the Chief Minister has directed to grant leave for a maximum of 12 days per year for such outsourced employees.

Besides, Patnaik has advised the concerned authorities to examine and take a decision as soon as possible on maternity leave for women employees engaged in outsourcing and contract basis.

Very recently, the Naveen Patnaik government had hiked the salaries of contractual employees by 50 per cent for the first six years and designed them as initial appointees. After six years, their services would be regularized.