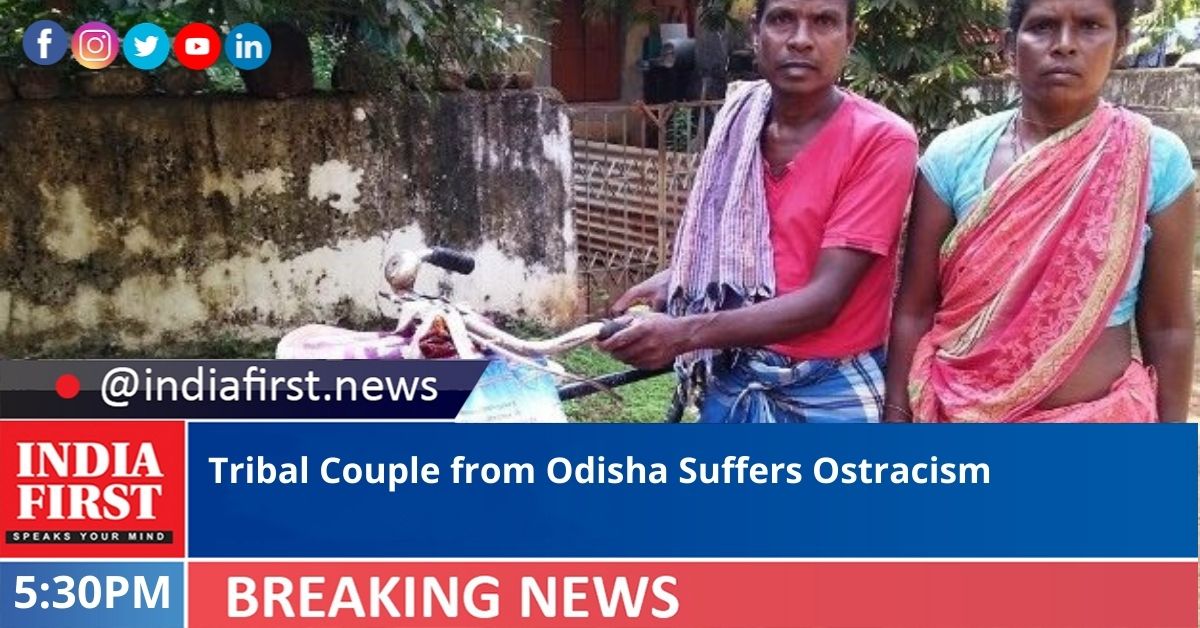 A tribal family in Odisha’s Keonjhar district has been allegedly ostracised by society for refusing to provide puja materials for village purification following the birth of a child.

The incident was reported from Purunapani village of Keonjhar district and a complaint has been filed with the local police.

The wife of Gunaram Murmu, a native of Purunapani village under Ghasipura police station of Keonjhar district, recently gave birth to a child and was taken to a hospital in an ambulance following the delivery, villagers said.

The villagers have the belief that the village road became ‘unholy’ due to the transportation of the new-born.

“So, they asked me to provide a hen and other puja materials to please the goddess for purification of the village. But I refused. Therefore, the villagers told me that they will boycott me,” alleged Gunaram.

Siba Shankar Marandi, a villager in Purunapani village, said, “As per our tradition, we had asked him (Gunaram) to provide some material for the puja. However, he refused to provide the same and instead lodged a complaint with the police.

The police are talking to both the parties and trying to sort out the matter.