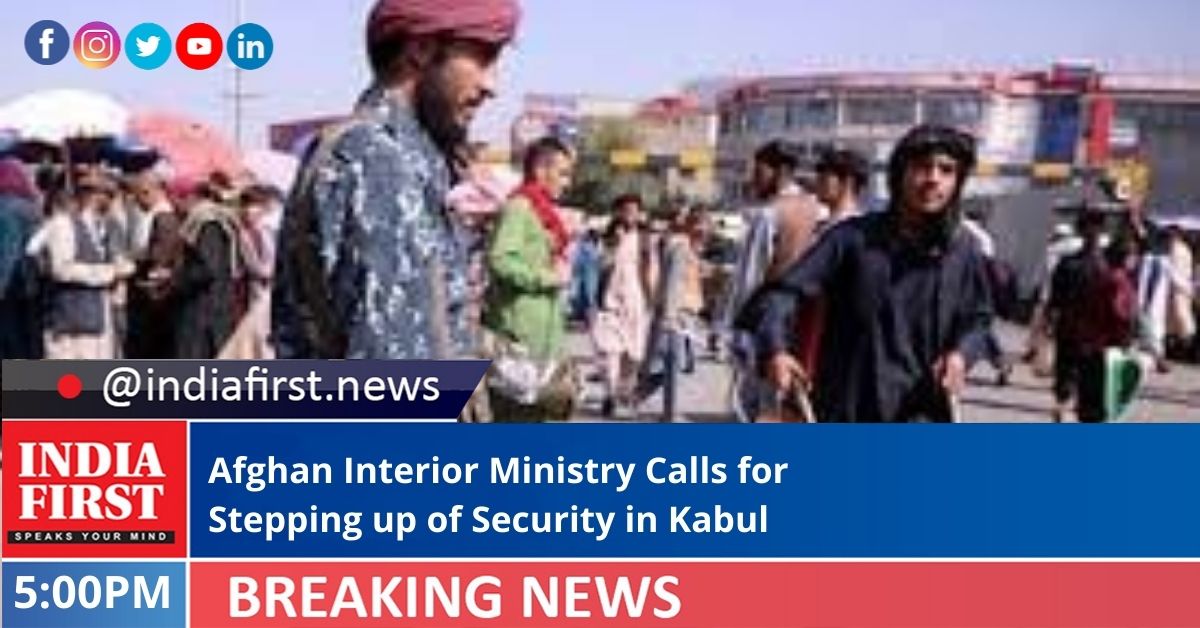 Afghanistan’s Ministry of Interior has called on law enforcement agencies to beef up security measures and improve public order in the capital city of Kabul, an official said.

In a meeting between a deputy interior minister and Kabul police district chiefs on Thursday, a decision was made to improve public order and deal with iron hand against those breaking the law and order elsewhere in the country, the statement added, Xinhua news agency reported

Trust from the people in Kabul city can help the law enforcement agencies win victory in ensuring security and maintaining law and order, said the statement.

The meeting came days after a terrorist attack hit a military hospital in Kabul, in which at least 15 people were killed and several others wounded.