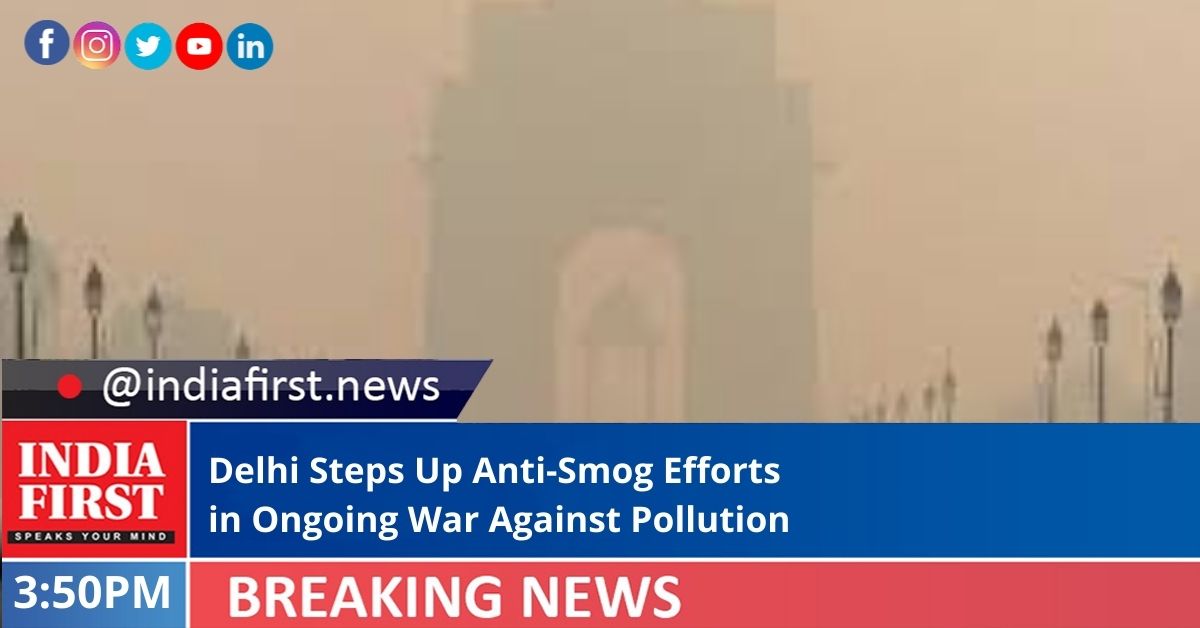 The Delhi government on Friday intensified various initiatives, including installations of anti-smog guns in various locations of the national capital to fight the increased pollution that reached ‘severe category’, a day after the celebrations of Diwali.

An anti-smog gun is a device to combat air pollution which will spray atomised water to settle the dust and other suspended particles in the atmosphere.

Equipped with a water tank on a vehicle, it can spray water up to a height of 50 meters to settle dust particles and PM 2.5.

Earlier in October, the Minister had claimed that the first smog tower installed at Connaught Place has reduced air pollution in the vicinity by up to 80 per cent.

Last November, the government had installed 23 anti-smog guns at key intersections and construction sites across the city, and assured that this number will be increased, if necessary.

Earlier, the government had made it mandatory for all construction sites of 20,000 square meters or above to use anti-smog guns and ensure minimum dust pollution.

To curb increasing pollution, the Delhi government had also banned the sale and use of all kinds of firecrackers in the city ahead of Diwali.

During its drive against firecrackers, more than 13,000 kgs of firecrackers had been seized with 33 people arrested by the Delhi police.

However, despite the ban on firecrackers, on Thursday, the city witnessed people bursting them on the streets against the government’s painstaking efforts and initiatives such as the ‘Patakhe Nahi Diye Jalao’ campaign.

Winter in Delhi-NCR, infamous for episodes of thick smog and air pollution, witnessed the season’s first fog with both the Indira Gandhi International Airport and the Safdarjung Airport reporting poor visibility with a significant reduction to the range of 600-800 meters on Thursday.

This further aggravated the Air Quality Index (AQI), taking the index well above the 400 level which comes under the severe category.

Today morning, the fog shrouded Delhi-NCR lowering visibility at the IGI and Safdarjung Airports to the range of 200 to 500 meters at 5.30 a.m. Visibility in parts of the city dropped to 200 meters, according to weathermen.