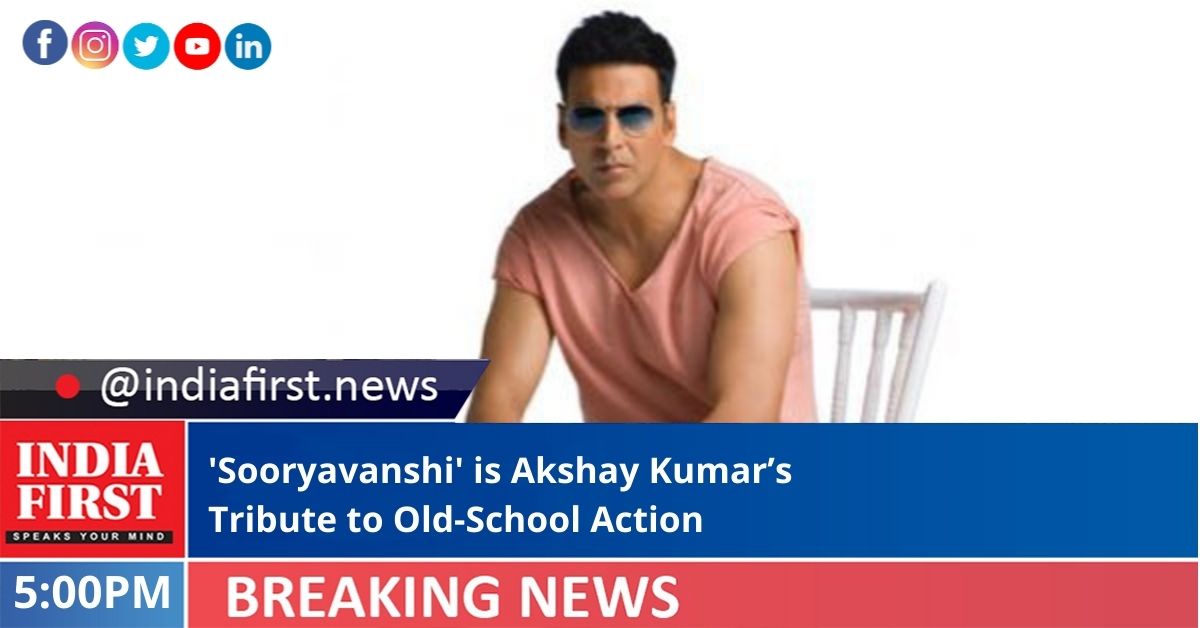 Action star Akshay Kumar has revealed why his latest release ‘Sooryavanshi’ is special to him in more ways than one.

Akshay yesterday shared a still from the film, which is directed by Rohit Shetty.

Sharing details about what makes this movie so special to him, Akshay wrote: “I’ve done a lot of action in my career…hanging from helicopters, jumping across buildings, crazy bike chases. ‘Sooryavanshi’ is special to me in more ways than one, it is my ode to that old-school action but on a grander scale.”

The film revolves around Veer Sooryavanshi, the chief of the Mumbai Anti-Terrorism Squad and his team who join forces with Inspector Sangram Bhalerao and DCP Bajirao Singham to stop a terrorist group planning to attack Mumbai.