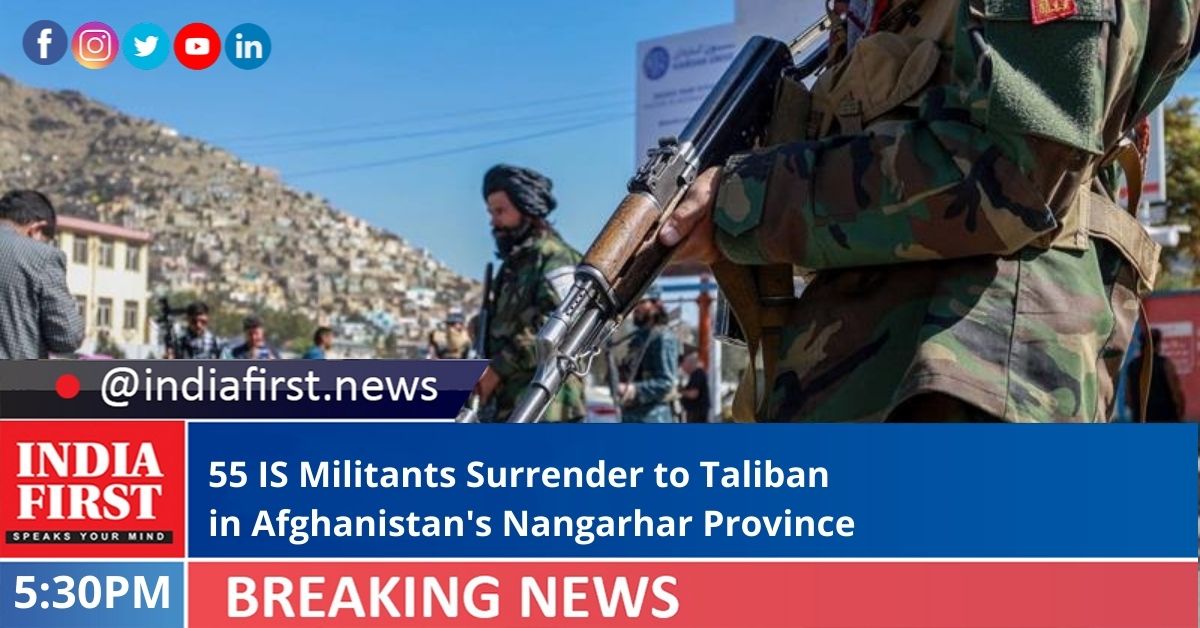 An official of the Taliban-led government in Afghanistan has claimed the 55 Islamic State (IS) terrorists have surrendered in Nangarhar province.

“Following efforts by local elders, a total of 55 members of the IS group gave up fighting and surrendered to the provincial department of General Directorate of Intelligence (GDI) in Nangarhar on Friday,” Xinhua news agency quoted the official as saying to reporters.

The surrendered militants were active in Batil Kot, Achin and Spin Ghar districts of Nangarhar, a known IS stronghold, according to the official.

In the two months since the Taliban took control of Afghanistan, the IS affiliate known as IS-Khorasan or IS-K, has stepped up attacks across the country, putting immense pressure on the new rulers.

The attacks have been aimed mostly at Taliban units and at Afghanistan’s Shia minorities.

Suicide bombings in Kabul, and in important cities including Kunduz in the north and Kandahar in the Taliban’s southern heartland have killed at least 90 people and wounding hundreds of others in the span of just several weeks.

In the recent attack on November 2, IS fighters carried out a coordinated attack with gunmen and at least one suicide bomber on an important military hospital in the capital, killing at least 25 people.

The surge in attacks has fueled growing unease among Western officials, with some predicting that the IS, often considered a regional threat, could gain the capability to strike international targets in a matter of six to 12 months.