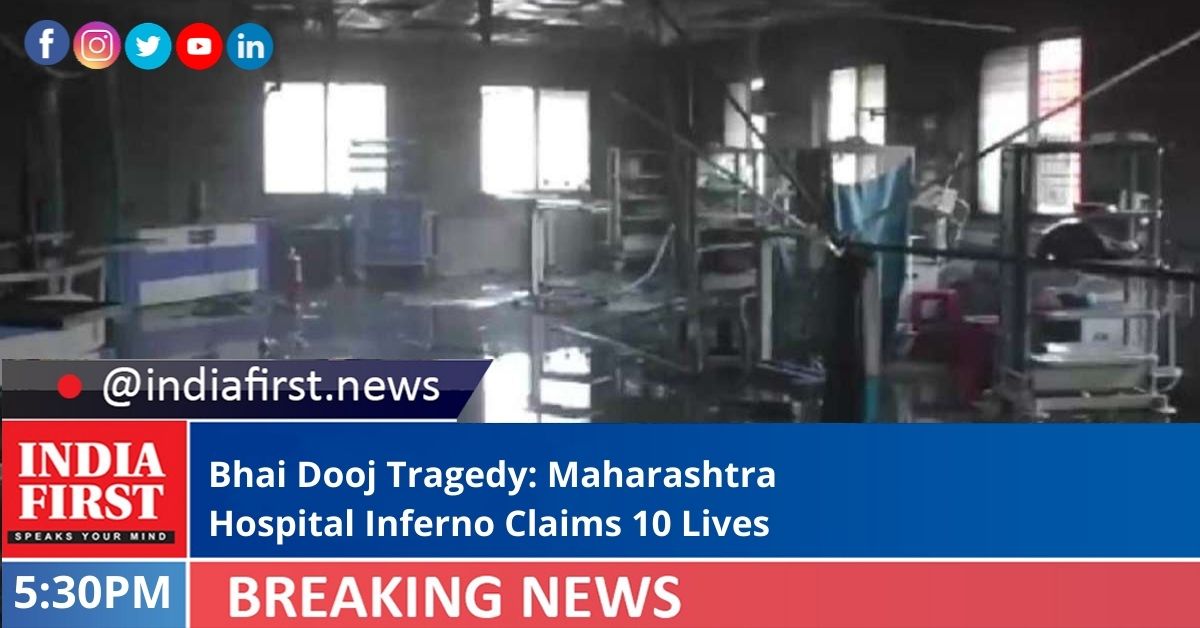 In a ‘bhai-dooj’ day gruesome tragedy, at least 10 patients perished and 7 more are injured when a massive blaze swept through the Intensive Care Unit of the Ahmednagar Civil Hospital today, officials said.

“The fire broke out around 10 a.m. today. Of the 17 patients undergoing treatment in the ICU ward, 10 have died and the rest are injured,” District Collector Dr Rajendra B. Bhosale told mediapersons.

He said the victims’ bodies have been sent for autopsy to determine the exact causes of their death and further procedures will be followed thereafter.

At least four fire-tenders were rushed to battle the blaze which was finally brought under control around 1 p.m., said an official of Ahmednagar Police Control.

Hospital authorities, aided by locals and rescue teams, managed to shift many patients from the neighbouring wards as a precaution, he added.

At the time of the incident, there were at least 17 patients undergoing treatment in the ICU and scores of anxious relatives rushed to the hospital for details on their near and dear ones.

As the cooling operations were taken up after the horrific fire was tamed, eyewitnesses said that the entire ICU had been reduced to a heap of burnt rubble.

Though the prime cause of the fire is not clear, preliminary investigations point to a suspected short-circuit which may have led to the mishap.

Ahmednagar Guardian Minister Hasan Mushrif said that a probe has been ordered into the tragedy and warned that those responsible for the lapses would not be spared.

Senior police, district and fire brigade officials have reached the spot and are supervising the rescue and relief operations.