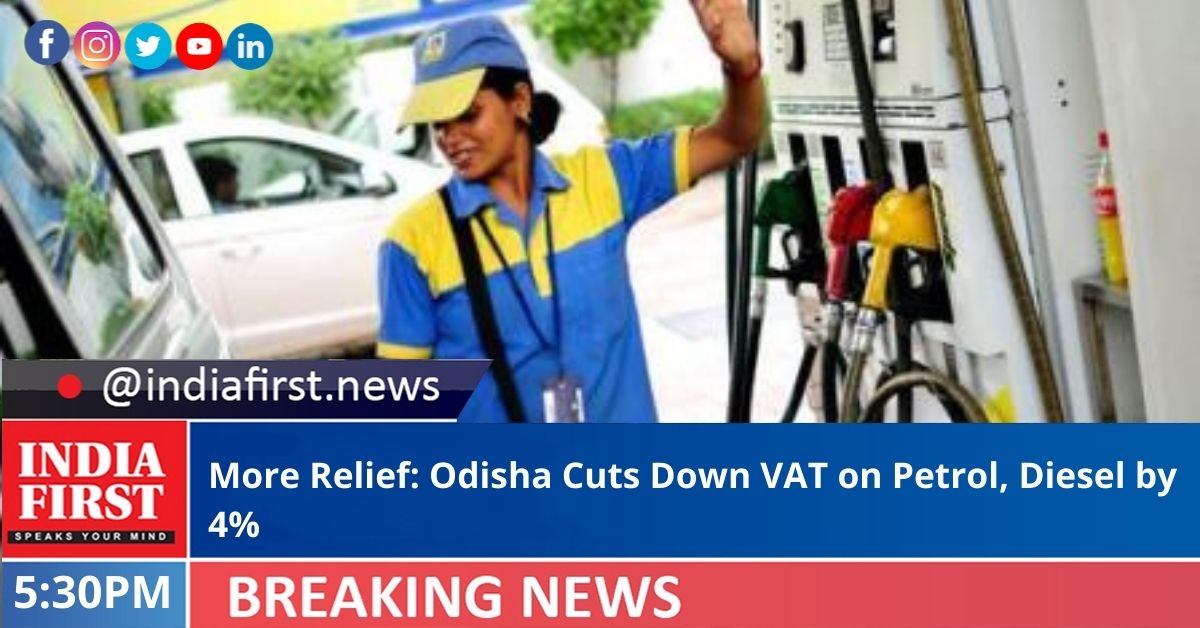 The Odisha government reduced the value added tax (VAT) on petrol and diesel by 4 per cent with effect from yesterday midnight.

The state Finance Department on Friday issued a notification cutting VAT on petrol to 28 per cent from 32 per cent and diesel from 28 per cent to 24 per cent.

In view of the reduction of VAT and also on account of the excise duty by the Centre, the state government will bear a loss to the tune of Rs 2,000 crore per annum, an official said.

The price of petrol in Bhubaneswar on Friday evening was Rs 104.91 per litre while diesel was being sold at a rate of Rs 94.51 per litre.

Chief Minister Naveen Patnaik on Thursday announced a reduction in the prices of petrol and diesel by Rs 3 per litre with effect from Friday midnight.