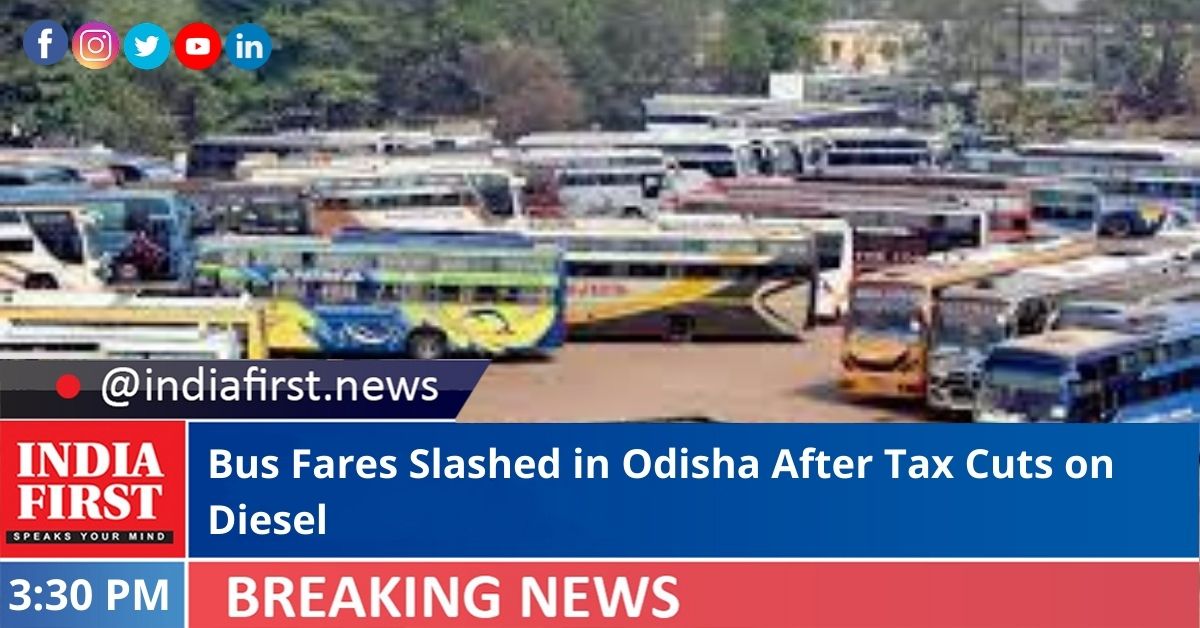 With the reduction in excise duty and VAT on diesel, the Odisha government has reduced the fares of passenger buses.

According to an order issued by the State Transport Authority (STA), the fare of ordinary and express buses has been reduced by 5 paise per km, while it has come down by 10 paise per km in deluxe and AC deluxe buses.

Similarly, the fare of super premium buses has been slashed by 15 paise per km. Bus fares in Odisha were last revised on October 16 following a hike in the diesel price.

“Due to decrease in per litre diesel price from Rs 102.34 per litre on October 16, 2021, to Rs 91.61 per litre on Saturday, leading to price reduction by Rs 10.73, the fare for stage carriages other than town buses plying within the state shall be fixed at decreased rate. It will be effective from the date of issue of order,” said the STA.

Moreover, travellers in super deluxe will now have to pay Rs 2.38 per km instead of Rs 2.53 per km.

Recently, the Union government had cut the excise duty on diesel by Rs 10 per litre while the Odisha government has reduced VAT on the fuel by 4 per cent (approximately Rs 3 per litre).