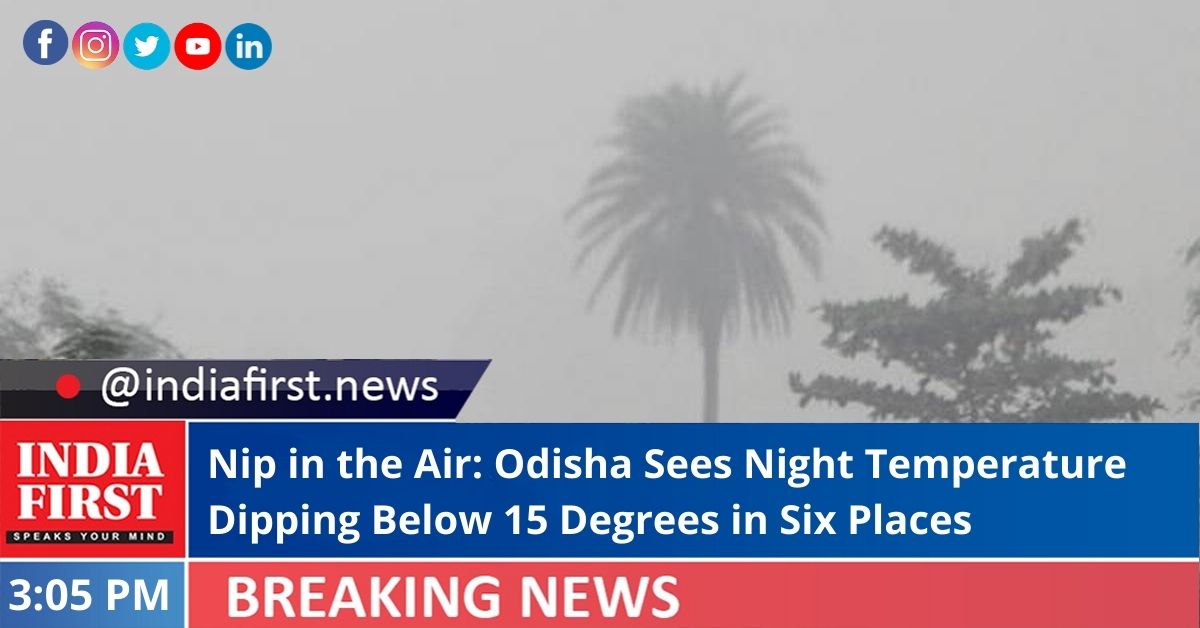 With the onset of winter, at least six places in Odisha have recorded a minimum temperature of below 15 degrees Celsius, Bhubaneswar Meteorological Centre said today.

Daringbadi is being termed as the “Kashmir of Odisha” due to the cold climate. The hill station is located in the Kandhamal district at the height of about 3,000 ft above sea level.

Similarly, Keonjhar, Titlagarh and Jharsuguda towns have registered the lowest temperature of 14.2, 14.3 and 14.6 degrees Celsius, respectively.

Besides, the citizens of the state capital, Bhubaneswar experienced a night temperature of 17 degrees Celsius, whereas Cuttack city recorded 18 degrees Celsius.

The system is likely to become more marked and move west northwestward towards north Tamil Nadu coast during the subsequent 48 hours, it said.