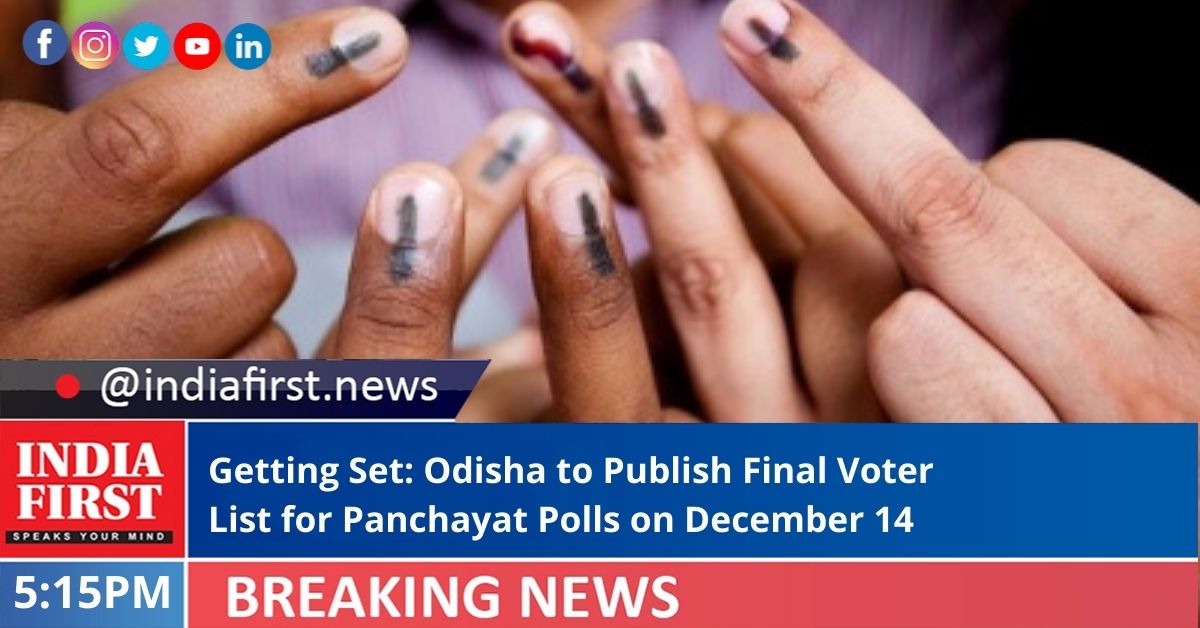 Addressing a press conference yesterday in Bhubaneswar, Padhi said: “The tenure of the three-tier Panchayati Raj Institutions (PRI) in the State will end in March, 2022 and elections to form fresh councils will be conducted before the end of the term.”

“Therefore, the State Election Commission has started preparing electoral rolls for the upcoming poll. Those who have attained 18 years of age as on November 1, 2021, would be included in voters’ list. The eligible people can apply for inclusion of their names in the electoral roll through proper forms,” he added.

“The Election Commission of India has updated the Assembly constituency voters’ list. We will split it ward-wise and the preliminary voters’ list will be displayed at the Gram Panchayat headquarters on November 16,” he further said.

People seeking any changes can submit their applications to Panchayat Extension Officer, in-charge electoral registration officer, by November 23. The concerned authorities can make necessary corrections and dispose of the applications in between November 24 and 26.

Those, who are having disputes with the drafted list at Panchayat-level, can submit their petition before the Block Development Officer (BDO) on November 29 and 30. The BDO will hear the petitions and dispose of those during December 1 to 2, Padhi said.

The SEC informed that BDOs will prepare the final voters’ list on December 4 and send it to the State Election Commission by December 6. The Commission will publish it by December 14.

This will be practiced in 29 out of 30 districts. However, Balasore district has been excluded from this practice for the time being, due to delay in reservation and delimitation process by the state government in view of formation of Remuna NAC, added Padhi.