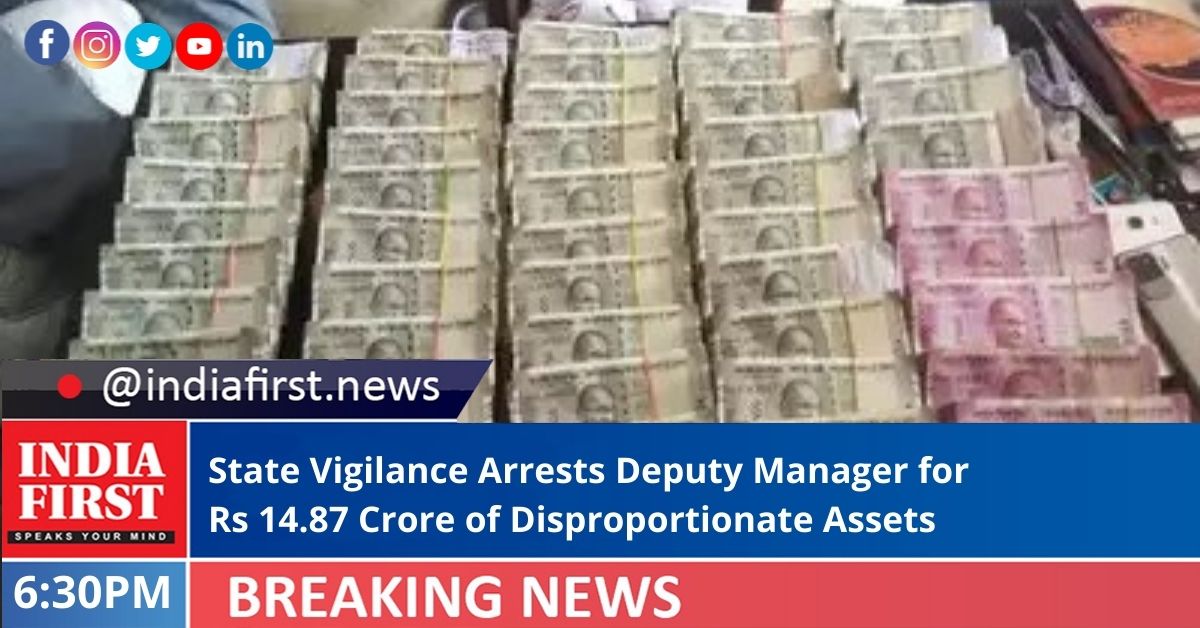 The raid, which was started yesterday morning by 10 vigilance sleuths, was completed early this morning.

After thorough searches, the anti-corruption wing of Odisha government has found disproportionate assets to the tune of Rs 14.87 crore, which is 1021 per cent of the known sources of income, the vigilance said.

As Samal and his spouse were found in possession of huge disproportionate assets, which he couldn’t explain satisfactorily, the vigilance has registered a case against the couple.

When the vigilance squad reached at his doors yesterday, the jittery officer attempted to dispose of huge unaccounted cash and threw cash around Rs 20 lakh in a bag to a neighbouring building. The vigilance so far seized cash of Rs 38.12 lakh

Samal has been arrested today and will be forwarded to the court of special judge, vigilance, Bhubaneswar soon, the vigilance sources said.

During the raid, the vigilance teams found 25 plots whose registration and stamp duty was about Rs 3.41 crore. The actual price will be much higher, the source said.

Samal and his family members have a total bank balance of Rs 1.61 crore and they paid insurance premiums of Rs 57.72 lakh. The bank accounts have been freezed. Further investigation is on, they said.