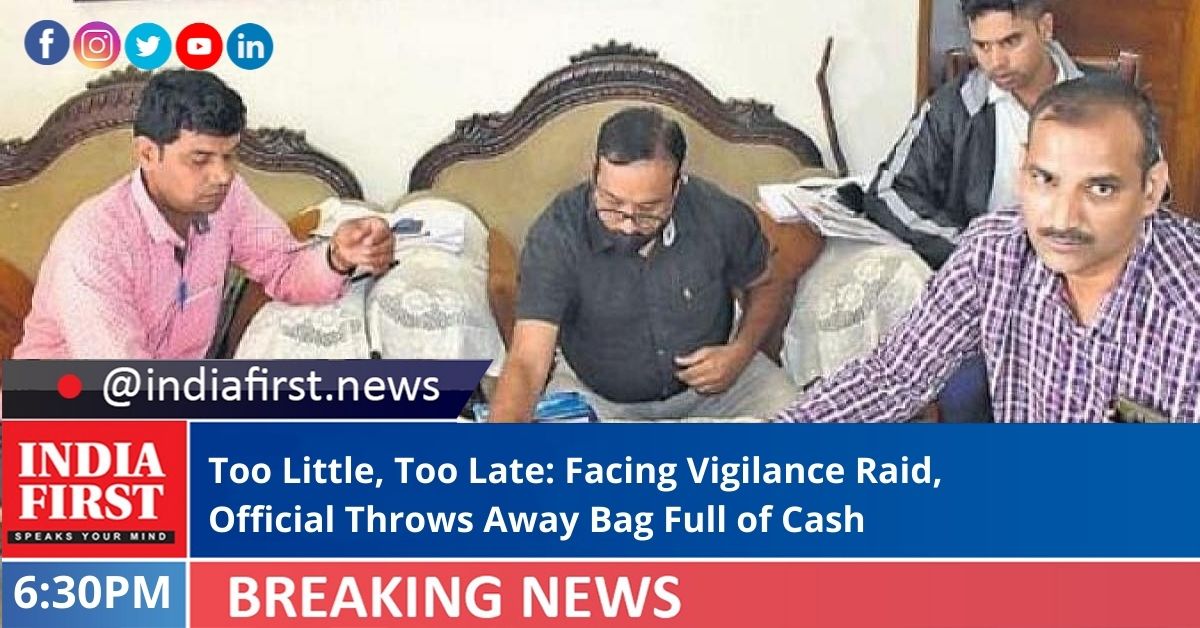 An Odisha government official attempted to hide off a stash of cash by stuffing into a bag and throwing it into the nearby building as he was raided by Vigilance Department sleuths yesterday, officials said.

So far, a total of Rs 38.12 lakh cash and 25 immovable properties in the name of Samal and his wife, has been seized.

He was found to own five plots and one building in Bhadrak district’s Basudevpur, 17 plots in Bhubaneswar, and two buildings in Khurda.

According to the Vigilance Department, the properties are located in Bhubaneshwar’s prime locations and the cost of a five-storeyed building there is Rs 3.89 crore.

Samal, who was born in 1968, completed his diploma in civil engineering from Barapada School of Engineering in Bhadrak in 1987 and joined the Odisha Police Housing and Welfare Corporation on August 14, 1988 as a junior engineer at its Bhubaneswar head office.

After being promoted to deputy manager in 2013, he worked at its Rourkela, Bolangir, Keonjhar, and Cuttack offices. Later, he returned to the headquarter in Bhubaneswar in 2019 and has been working there since then.

As the raids were underway, total valuation of his movable and immovable properties has not been completed yet, the vigilance officials said.