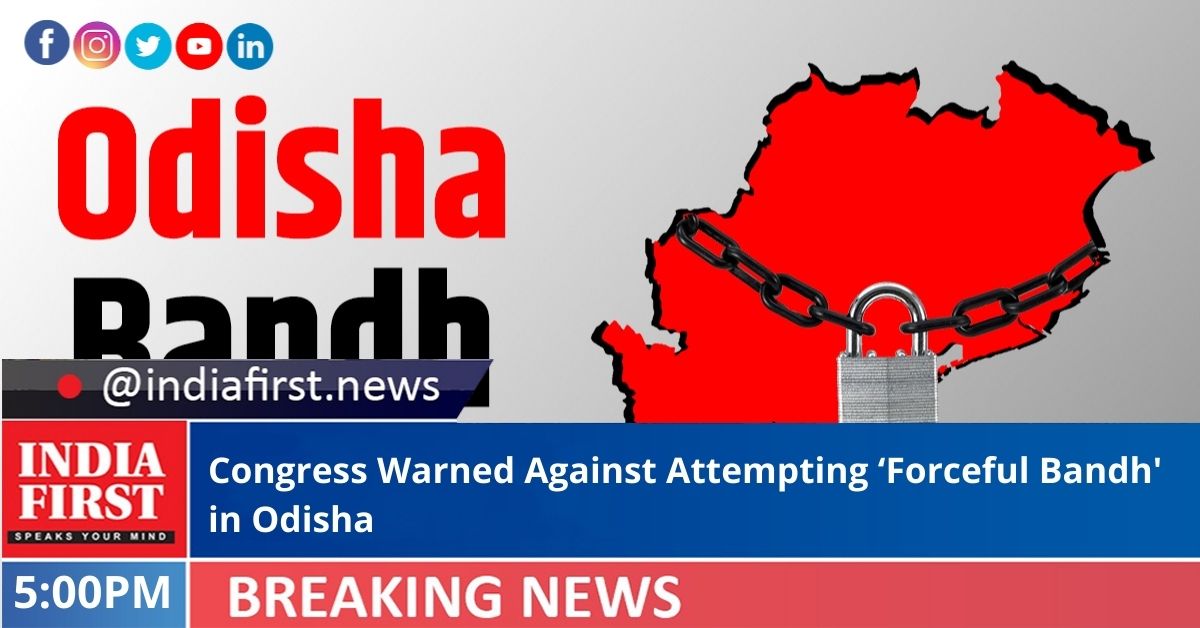 A day before the Odisha ‘bandh’ call given by the state unit of Congress, the Orissa High Court directed the party to hold peaceful protest and not resort to a ‘forceful’ bandh.

The Congress is set to observe a bandh from 6 am to 12 noon on Friday in order to put pressure on the state government for the dismissal of Minister of State (MoS) for Home, Dibya Shankar Mishra, for his alleged link to the prime accused in the Mamita Meher murder case. The party has also demanded registration of criminal case and arrest of the minister.

However, Naresh Kumar Mishra, a Cuttack-based businessman, has filed a petition before the court this morning challenging the Bandh.

Hearing the petitioner on an urgent basis, the high court directed that whatever protest is organised on Friday in the state should be peaceful and without any inconvenience or disruption in any manner whatsoever to any member of the public.

“In particular there shall be no attempt to forcibly close or prevent any lawful activity or any shop or establishment or prevent the plying of buses, trains and all forms of public or private transport,” the court said in its judgment.

The Director General of Police (DGP) and the Commissioner of Police, both of whom joined the hearing in virtual mode, assured the court that all possible steps will be taken to ensure that no law and order situation arises inconveniencing the public.

“Any such attempt by anyone will be prevented by legal means,” the court said.

“The Congress will observe a six-hour peaceful hartal on Friday as per the HC order. The members of the party will not resort to any kind of violent activities or disruptions,” Congress spokesperson Satya Prakash Nayak said.

State Congress President Niranjan Patnaik has appealed to the public to support the protest for the interest of the state.

Meanwhile, Youth Congress activists from Odisha led by its President Smruti Ranjan Lenka staged a protest at the Jantar Mantar in New Delhi on November 11.

They were demanding the removal of Dibya Shankar Mishra and the constitution of a special investigation team (SIT) under the supervision of the Chief of Justice of Orissa HC for an impartial probe into the matter.