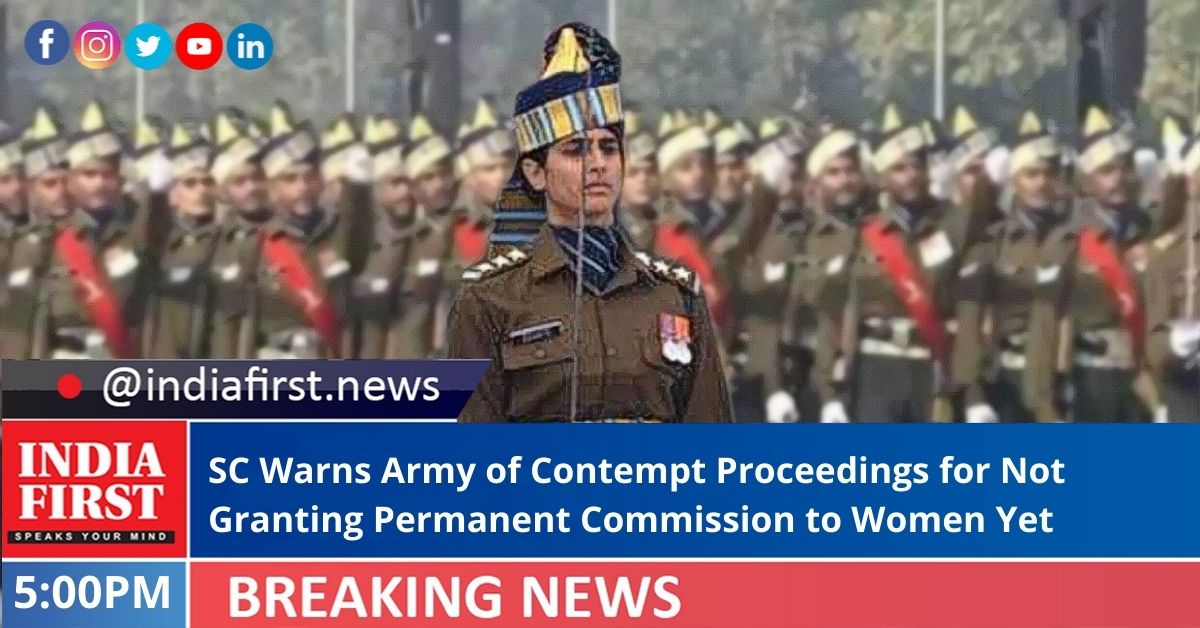 The Supreme Court on Friday warned the Army that it will hold it guilty of contempt for not granting permanent commission (PC) to women officers, in accordance with its order. The Army said the decision regarding the remaining women officers will be taken speedily.

A bench headed by Justice D.Y. Chandrachud said the Army has committed contempt of court by not granting permanent commission to women officers, who had received favourable orders from the top court.

As the bench, also comprising Justice A.S. Bopanna, started dictating the order in the matter, the counsel representing the Army told the court it was ready to grant PC to 11 officers who had moved the top court.

The bench noted that the Army may be supreme in its authority, but the constitutional court is also supreme.

The bench said, “We have given you a long rope…. The remarks we had made in the judgement allowing you to file an affidavit on the consideration taken was to ensure that you say what you are doing.”

Out of 72 officers, one had applied for premature release, 39 have been granted PC and a letter has been issued on October 29, 2021 in compliance with its verdict.

The Centre’s counsel said, “Given the flow of the hearing today I have sought instructions from the highest levels. A clarification is coming in the next few minutes…..”

The bench replied to the counsel and said that except for the officers who were found medically unfit, the rest 11 officers would be issued PC.

The bench scheduled the matter for further hearing at 2 p.m.

On October 22, the Centre told the apex court that it had cleared 39 women officers found eligible, after reconsideration, but rejected pleas of 25 others.