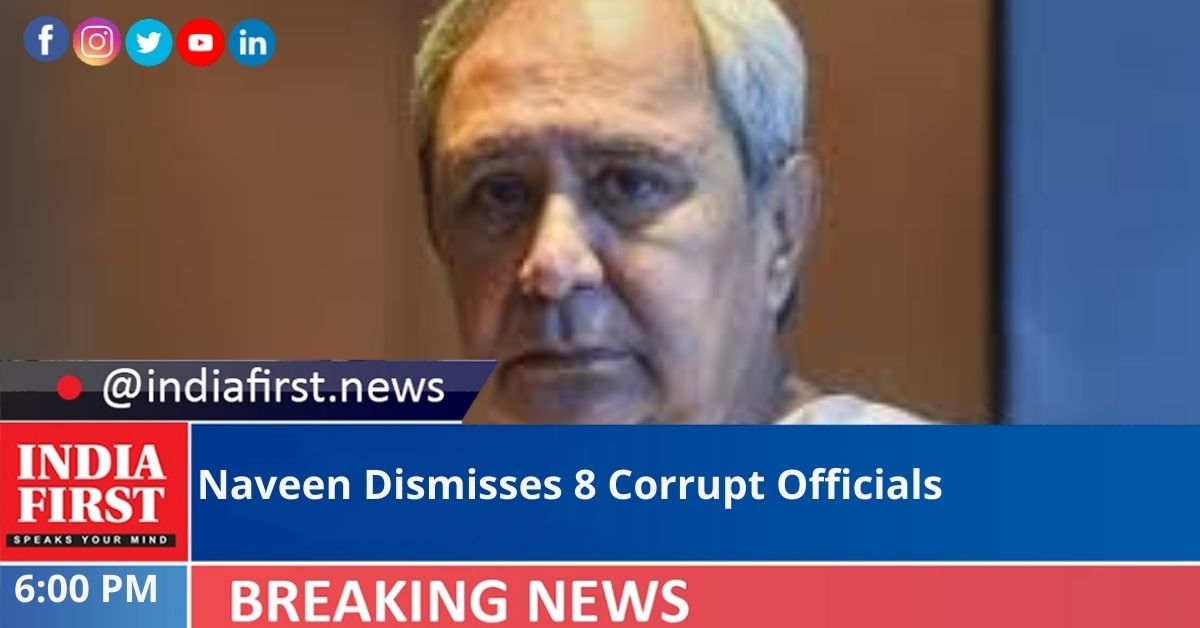 Eight more officials, including three OAS (Odisha Administrative Service) officers of the Odisha government, have been given compulsory retirement on corruption charges..

In a statement, the Chief Minister’s Office said that “with careful consideration of the policy of zero tolerance towards any act of immorality, inefficiency or lack of integrity, eight officers have been given compulsory retirement with immediate effect due to inefficiency and lack of integrity”.

As per the statement, Rama Chandra Jena, former Tehsildar and in-charge sub-registrar of Nimapara, is facing three corruption cases. Vigilance has recently seized several PAN cards and around 5 lakh rupees from his possession. He had been placed under suspension since then.

Gouranga Charan Mohanty, former deputy collector of Jagatsinghpur, is facing seven vigilance cases relating to misappropriation of government funds and irregularities in the allotment in government schemes, it said.

Similarly, Alphonce Bilung, the ex-Tehsildar of Lathikata in Sundargarh district and present BDO of Ambabhona in Bargarh district, is accused of showing undue favour in terms of conversion of land and revenue collection. There are three vigilance cases pending against him.

Till now, 130 government officials of Odisha have been dismissed from service/sent on compulsory retirement on corruption charges and lack of efficiency.