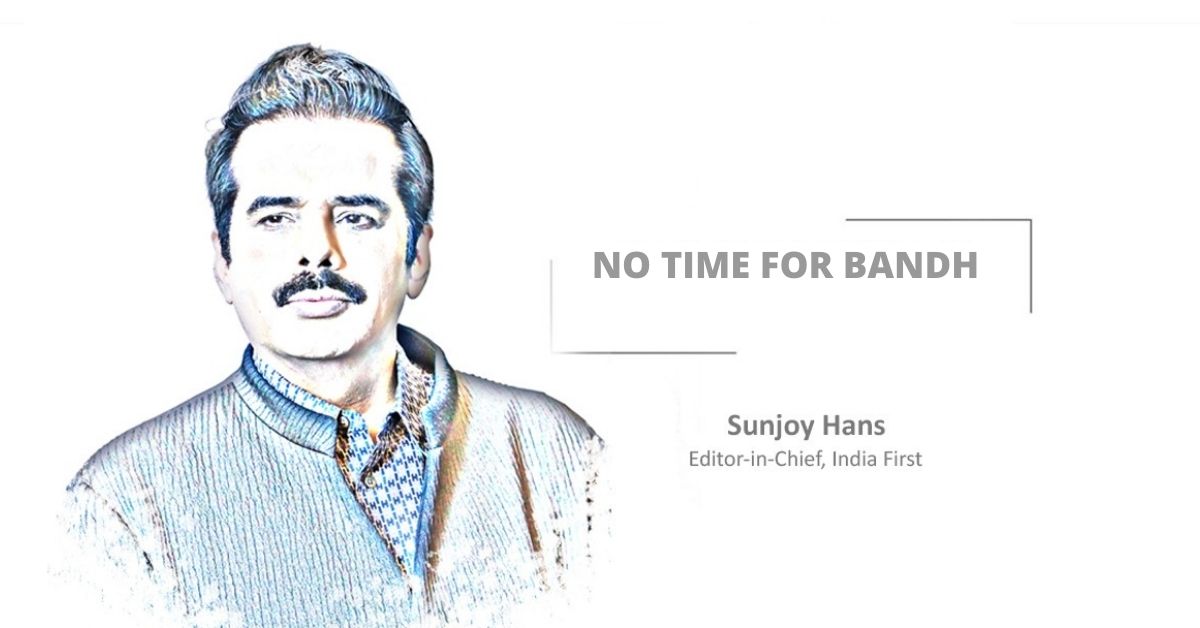 The depression-induced skies put a dampener on the state-wide bandh that Congress had called for yesterday in its efforts to pressure the Naveen Patnaik government into sacking Minister of State for Home, Divya Shankar Mishra, for his alleged link to the prime accused in the Mamita Meher murder case.

The Orissa High Court had already directed the Congress to hold strictly peaceful protests and not attempt to enforce the bandh even as DG Police was instructed to take action against any protestor flouting its ruling.

While demanding justice for a wrong or a perceived wrong is the right thing to do, it is perhaps not fair on the part of Congress to expect the BJD to take such a big decision impulsively without any evidence to substantiate such a serious accusation.

History is proof that the Chief Minister never hesitates to take strong steps against those found guilty beyond a reasonable doubt of wrongdoing. This was seen as recently as yesterday when eight government officials, including three Odisha Administrative Service (OAS) officers, were sent on compulsory retirement – with immediate effect – over corruption charges.

It should be noted that the statement from the Chief Minister’s Office (CMO) making this announcement read that the decision was made only after “careful consideration of the policy of zero tolerance towards any act of immorality, inefficiency or lack of integrity”. As many as 130 Odisha government officials have been dismissed this way by the five-time Chief Minister. And there are enough examples of ministers and political leaders who have been dropped from their post or party over these past 20-plus years of BJD rule.

The most heartening piece of news of late, though, has been the state government’s decision to launch a scheme that will fund and facilitate the establishment of “Goshalas” (cattle shelters) for the protection and welfare of stray or abandoned cattle in the state.

To be implemented by The Fisheries and Animal Resources Development (F&ARD) department in close cooperation with the urban local bodies, Society for Prevention of Cruelty to Animals (SPCA), State Animal Welfare Board and animal welfare NGOs, this scheme will also contribute in no small measure to making the state’s roads safer and its public spaces cleaner.

The incessant rain today is also a grim reminder of how stray animals bear the brunt of inclement weather conditions and natural calamities such as cyclones and floods. Hopefully, the launch of this scheme for goshalas marks the beginning of the end of their age-old suffering. Also, if all states across the country have similar schemes, it will be half the battle for Swachh Bharat Abhiyaan (Clean India Mission).

Speaking of battles, Odisha finally seems to be on the verge of winning the one against the coronavirus pandemic, with more than 4 crore vaccine doses administered so far amidst steadily diminishing daily Covid cases and the resumption of physical classes at education institutions.

Come rain or shine, this is certainly no time for a bandh.