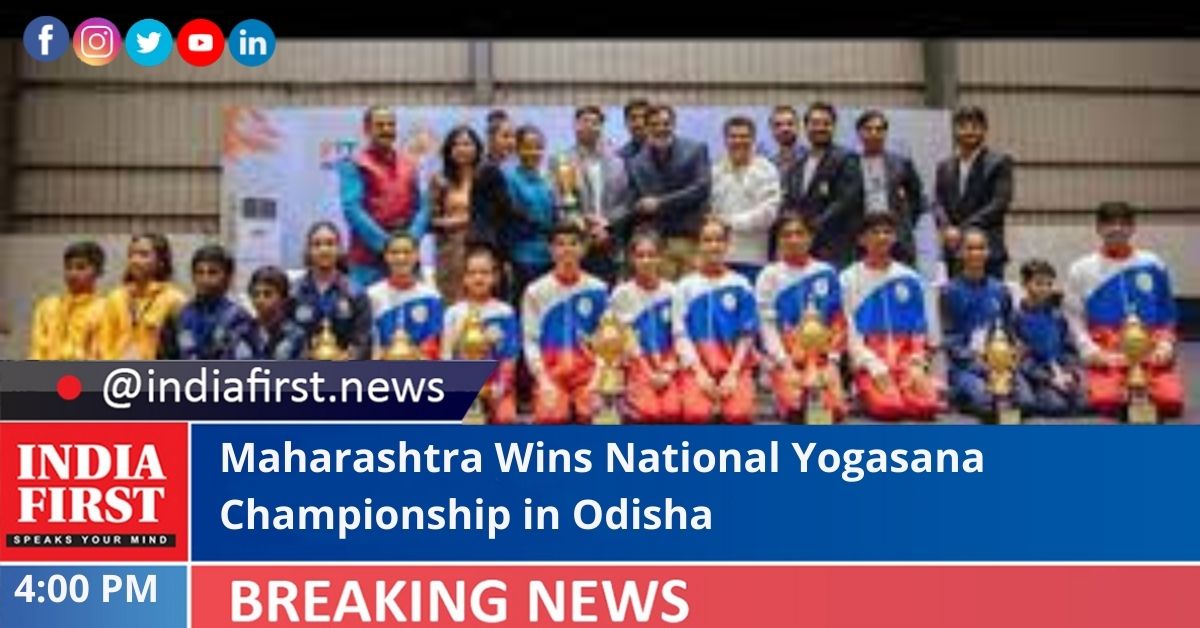 Maharashtra was crowned the overall champion at the National Yogasana Championship 2021-22 that concluded in Bhubaneswar yesterday.

The event commenced on November 11 and concluded yesterday.

As many as 50 medals were awarded to young athletes who showcased their Yogasana skills in various competitive events.

Trophies were awarded to winners of sub-junior and junior team championships.

Addressing the gathering, chairman of Odisha Hockey Promotion Council, Dilip Tirkey, said: “Yogasana Sports have the potential for becoming a landmark sport in the world and gain popularity and bring global recognition for India, like hockey. After setting new milestones of success for Indian hockey and other Indian ports, I am very confident that Odisha will become the global stage to nurture Yogasana as competitive sports.”

“The NYSF will continue to work dedicatedly to promote Yogasana Sports throughout the country and advocate it on the international platforms as well,” said Udit Sheth, President, NYSF.

Over 560 young athletes from 30 states took part in the competition organised by the National Yogasana Sports Federation (NYSF) in association with the Odisha government.