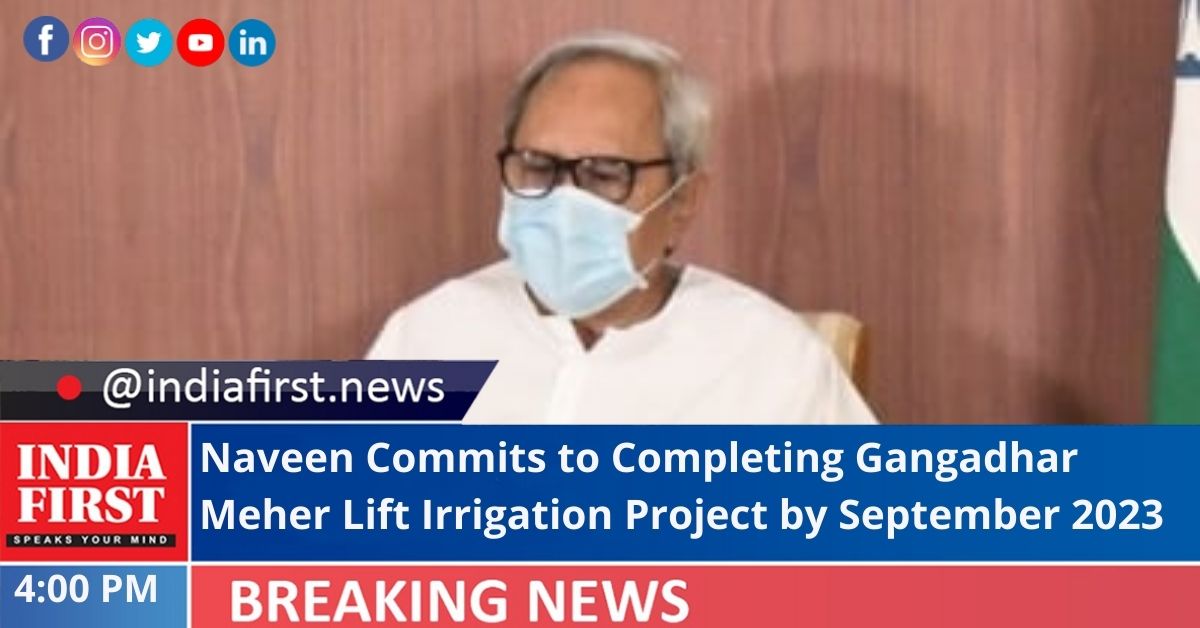 Patnaik said this while launching distribution of the smart health cards to the beneficiaries of Biju Swasthya Kalyan Yojana (BSKY) at Bijepur areas in Bargarh district.

The Chief Minister had announced the project in October 2017 before the Bijepur by-election. The irrigation project is an ambitious project of the State government that aims to provide assured irrigation to around 25,600 hectares of chronically drought-hit areas. Bijepur, Sohela and Barpali blocks of Bargarh district and Dunguripalli block of Subarnapur district would get irrigation facilities from the project, sources said.

He has also dedicated 71 high schools transformed under the 5T initiative of the State government.

Prior to the CM’s visit, the police picked up several BJP and Congress leaders of the district on preventive detention anticipating protest over Mamita Meher murder case.

Meanwhile, the opposition party activists continued their egg attack on BJD leaders’ vehicles. They hurled eggs on the carcades of minister Jagannath Saraka and BJD MLA Snehangini Churia while they were on their way to distribute smart health cards in Bargarh district.