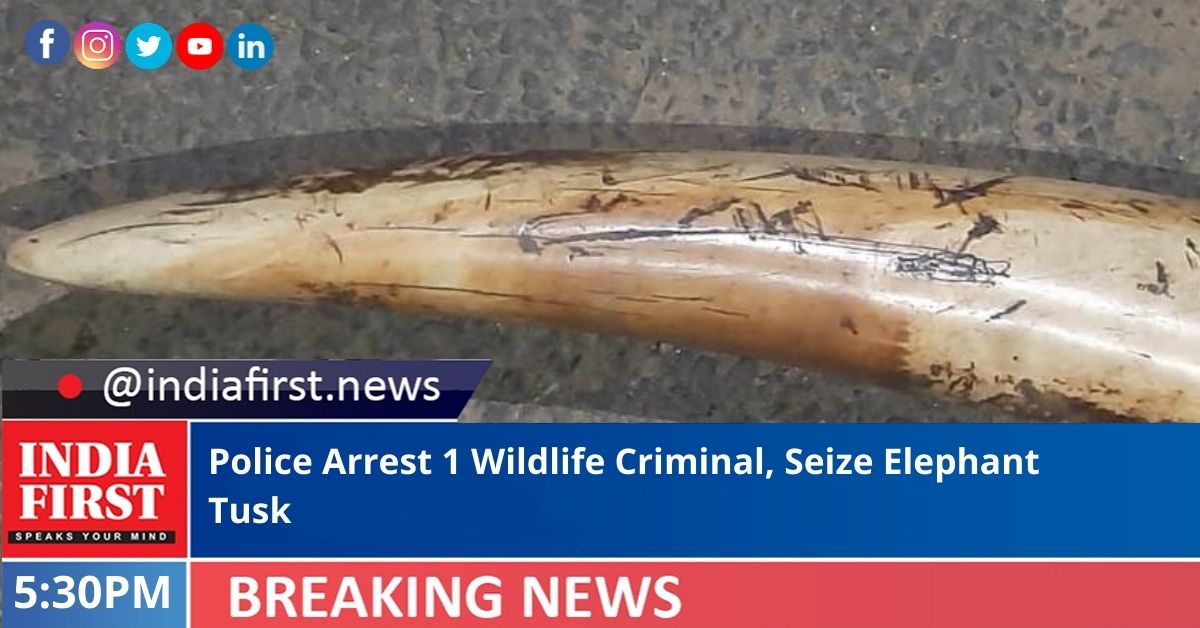 The Special Task Force (STF) of the Odisha Police have arrested a wildlife criminal and seized one elephant tusk from his possession, an official said yesterday.

Acting on a tip-off, a team of the STF conducted a raid with the help of forest officials near Kendubhatta of Baragarh district and seized the elephant tusk from Ramesh Pradhan of Bolangir district.

As the accused person could not produce any valid authority in support of possession of the tusk, the police arrested him and later handed over to Baragarh forest officials for necessary legal action at their end, the STF said.