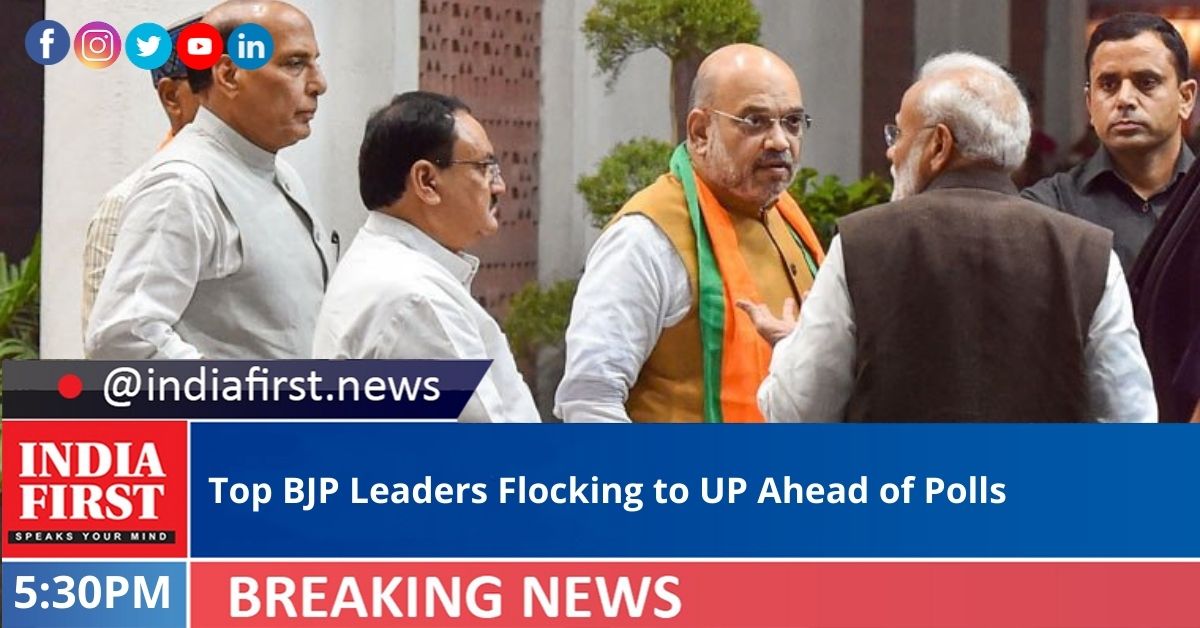 With the Assembly elections in Uttar Pradesh just round the corner and stakes being at an all-time high, the top BJP leadership will be focussing on the state in the coming days.

According to official sources, the maximum visits will be of Prime Minister Narendra Modi in November and December.

The Prime Minister will be in Sultanpur on November 16 to inaugurate the Purvanchal Expressway.

He is also likely to visit Jhansi on November 19 for the inauguration of several projects.

On November 25, Modi will be in Lucknow for three-day annual All India DGPs and IGPs meet slated to be held at the Signature Building DGP Headquarters, Lucknow.

According to officials, several projects are lined up for foundation-laying or inauguration.

Foundation laying ceremony of the Ganga Expressway, setting up of Brahmos unit in Lucknow, Jewar Airport in Gautam Buddha Nagar and Film City are due in the coming weeks.

Similarly, several projects like Bundelkhand Expressway, AIIMS, Gorakhpur, fertilizer factory in Gorakhpur and Kashi Vishwanath Corridor would also be dedicated to the people.

A senior official said foundation laying and inauguration of projects have been lined up till December 25.

Home Minister Amit Shah has visited Uttar Pradesh twice in the past one month and will be in the state again on November 20 as he is also due to attend the three-day annual meet of DGPs and IGPs.

Citing reasons for the focus on Uttar Pradesh, a senior BJP leader said that the state elections were extremely crucial for the party and though the party was poised for a return to power in the state, party leaders did not wish to take any chances.

“When a top leader visits a state, the entire party cadre of the region gets enthused and mobilised. Besides these visits also put the focus on the work done by the Centre and state government in the past years,” he added.