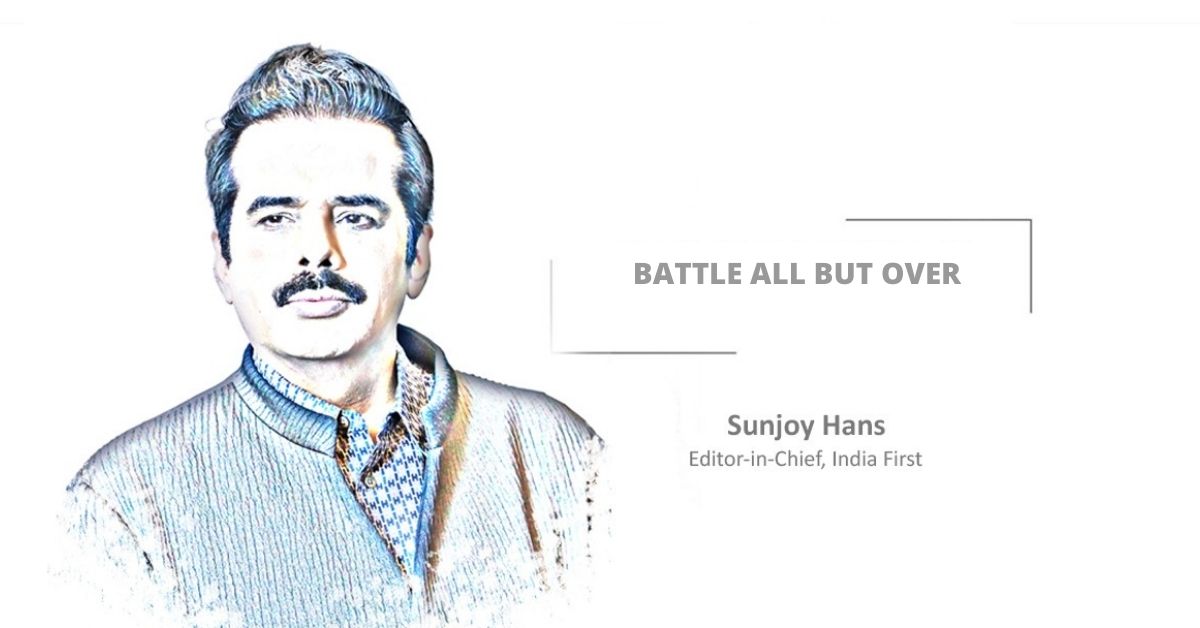 India finally seems to be winning its war against left-wing insurgency conclusively. During the past year, security forces have had some major successes against Maoist ultras, with some of their top leaders either being killed, arrested or giving themselves up to the police in different parts of the country. While the death of CPI (Maoist) central committee member Ramakrishna earlier this year was a major blow to the banned outfit, the recent arrest of its politburo member Prashant Bose alias Kishan Da and his wife Sheela Maranadi from Jharkhand seems to have broken the back of the organization.

Unlike Ramakrishna, who was a commander and led the Maoist guerillas from the front during the operations, Bose was primarily an ideologue. He exercised a strong influence over the cadres, especially in the eastern region including the states of Chhattisgarh, Jharkhand and Odisha. He had indoctrinated a large number of young men and women into the Maoist ideology. Odisha was the main theatre of Ramakrishna’s violent activities. He was believed to be the mastermind behind the 2011 kidnapping of Malkangiri collector R Vineel Krishna who is now a key officer in the Chief Minister’s Office (CMO) in Bhubaneswar.

Ramakrishna, whose death due to age-related problems was announced by the CPI (Maoist) a few months ago, directed rebel operations not only in Odisha but also Andhra Pradesh and Chhattisgarh. He also headed the Andhra-Odisha border zonal committee of the Maoists. An engineer by education, he was a top-class guerrilla strategist who had lost his son during one of the encounters with the police on the Odisha-Andhra Pradesh border.

If Ramakrishna’s death was good news for the security forces engaged in the anti-Maoist operations, the arrest of Kishan Da, who carried a reward of Rs 1 crore on his head, is being celebrated because he was both the top ideologue of CPI (Maoist) and also one of its ace strategists. The Maoist organization, which is already struggling for survival with a depleting cadre base and decreasing support among the tribal people who once provided both men and shelter to the rebels, is unlikely to find a replacement for him anytime soon.

Security forces have also carried out some highly successful operations against the ultras during the last few months, the latest taking place in Maharashtra’s Gadchiroli district last Saturday when the police gunned down 26 ultras in an encounter. Milind Teltumbde, a CPI (Maoist) central committee member, was believed to be among those killed in the operation which has dealt a blow to the rebels while boosting the morale of the security forces.

With the Centre lending full support to the states battling Maoist insurgency, the drive against the ultras is likely to produce even more encouraging results in the coming days. From all indications, India seems to be on the threshold of a long-awaited victory in the war against the left-wing rebels.