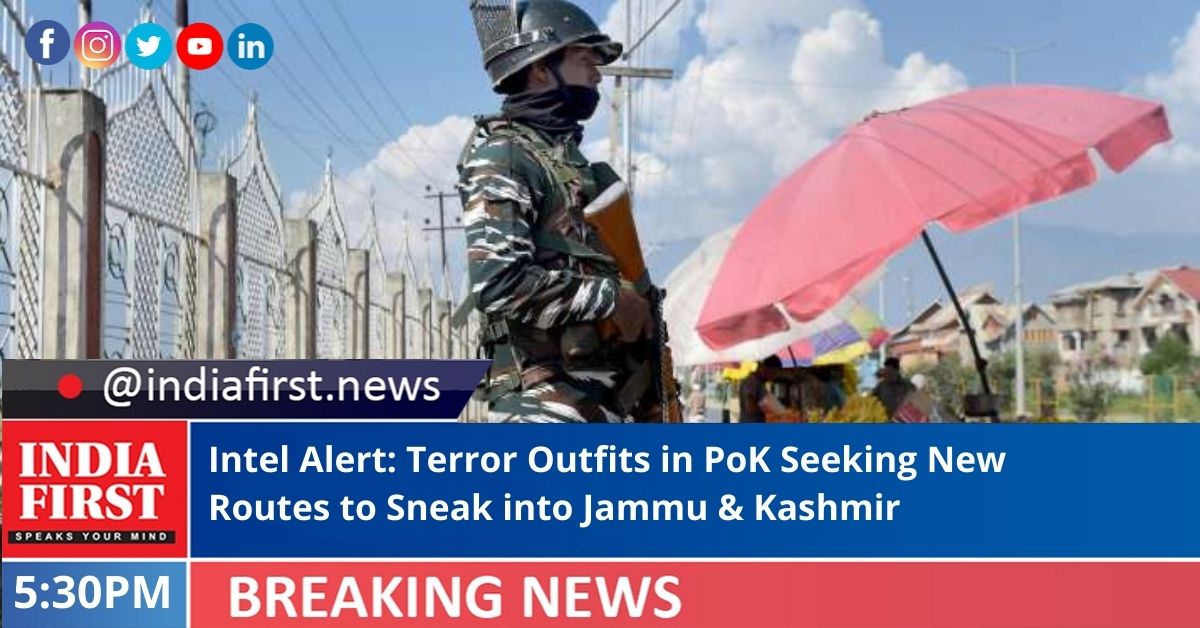 After security forces choked the known routes of infiltration from Pakistan occupied Kashmir (PoK) to Jammu and Kashmir, the intelligence agencies have now sounded an alert that the terrorists were now trying to explore new passages to sneak into the valley, sources said.

According to the sources, terror outfits like Lashkar-e-Taiba (LeT), Jaish-e Mohammad (JeM) and Al Badra are under pressure to get maximum infiltration done before the onset of heavy snowfall in Kashmir.

Citing intelligence input, the sources also said that LeT commander Arif Hazi who is in charge of the Kotli village in PoK, has been given responsibility to explore the new routes of infiltration and facilitate terrorists’ entry to Jammu and Kashmir.

Security forces have identified as many as eight routes from where these militants might try to infiltrate and the Border Security Force (BSF) has intensified patrolling on these adjoining areas on Line of Control (LoC), an official said.

The official added that a majority of the new routes also connect to areas in Jammu.

According to the sources, these outfits have full logistical support from Pakistan’s intelligence wing Inter-State Services (ISI) and it was learnt that Hazi was assigned the responsibility from them.

The intercepted conversations also revealed the presence of Afghan mobile SIM cards. But it was yet to be ascertained whether Afghan terrorists were present in PoK or if only the SIM cards were being used.

The security forces are proactive and have been able to prevent infiltration bids to a large extent and Athat is why the terrorists’ handlers in PoK have been under pressure, a senior official in the security grid said.

After Home Minister Amit Shah’s visit to the Union Territory on October 23-25, the security apparatus have been fully activated and maximum alert on the border areas and hinterland as well.

The security forces have also identified the number of ultras and Over Ground Workers (OGWs). who have been providing support to these terrorists, that sneaked into the Kashmir Valley and are hiding in the forest because of the continuous operations against them.

According to the sources, around 35 terrorist were identified by the agencies last week but the number could be more than that.