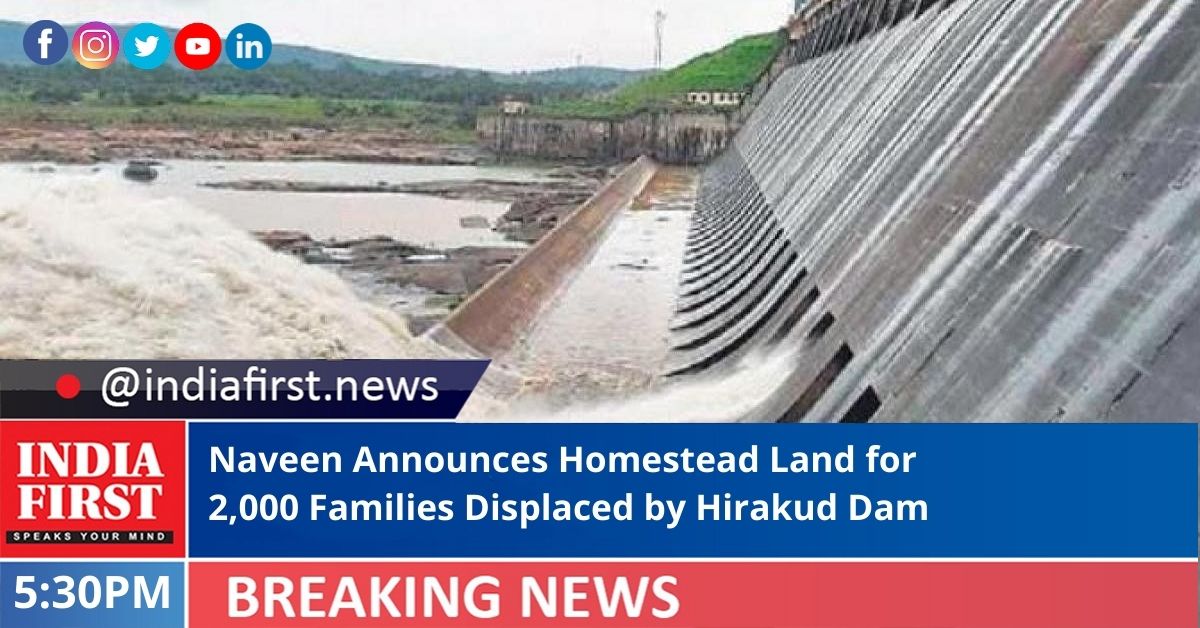 Odisha Chief Minister Naveen Patnaik yesterday announced that his government will provide homestead land to 2000 families displaced due to the construction of the Hirakud dam in the 1960s.

The Chief Minister made this announcement while launching smart health cards for beneficiaries of the Biju Swasthya Kalyan Yojana (BSKY) in Jharsuguda district through video conference from Bhubaneswar.

With this announcement, the long-standing demand of nearly 2000 families of Jharsuguda district displaced due to the Hirakud dam project will be fulfilled.

Inaugurating two water treatment plants for Jharsuguda and Brajarajnagar blocks in west Odisha, he said the projects will provide safe drinking water to the people residing there.

He informed that his government has taken up several piped water projects at an estimated cost of Rs 618 crore to provide safe drinking water to all towns and villages in Jharsuguda district.

All these projects benefiting 1.22 lakh families in the district would be completed by June 2023, he added.

The Chief Minister said that the construction of a 100-bed cardiac hospital in Jharsuguda is nearing completion which will provide better treatment to people. Around Rs 102 crore has been spent on this healthcare project.