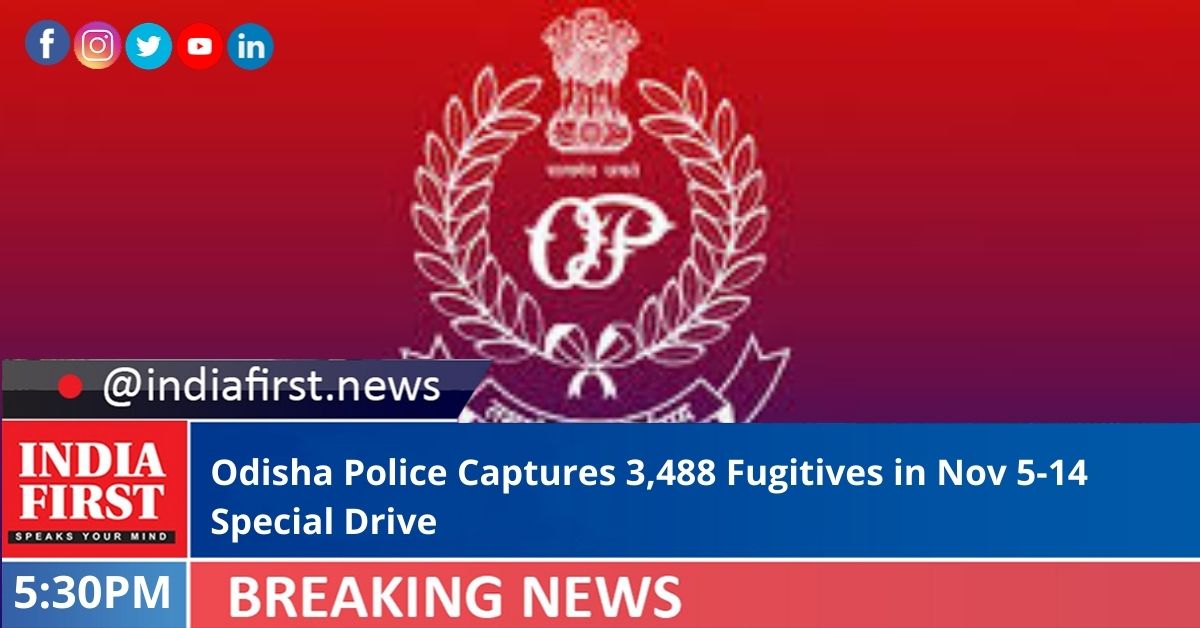 The Odisha police have arrested 3,488 fugitives from different parts of the state during a special drive launched for the execution of pending non-bailable warrants (NBWs), police officials said today.

The police had conducted the special drive from November 5 to 14 and arrested these persons against whom NBWs were issued by various courts.

A total of 3,488 warrants were executed by arresting the accused persons, said the officials.

The maximum 592 warrants were executed by arrests in Balasore district, followed by 551 in Ganjam district and 516 in Khordha district, the police said.

During this warrant drive, 2,648 NBWs were otherwise disposed of. The Director General of Police has appreciated the good work done by the police personnel and issued appreciation letters to Superintendents of Police of Ganjam, Balasore and Khurda districts.

The Odisha police said it is committed to catching all fugitives evading the process of law and producing them before the courts.