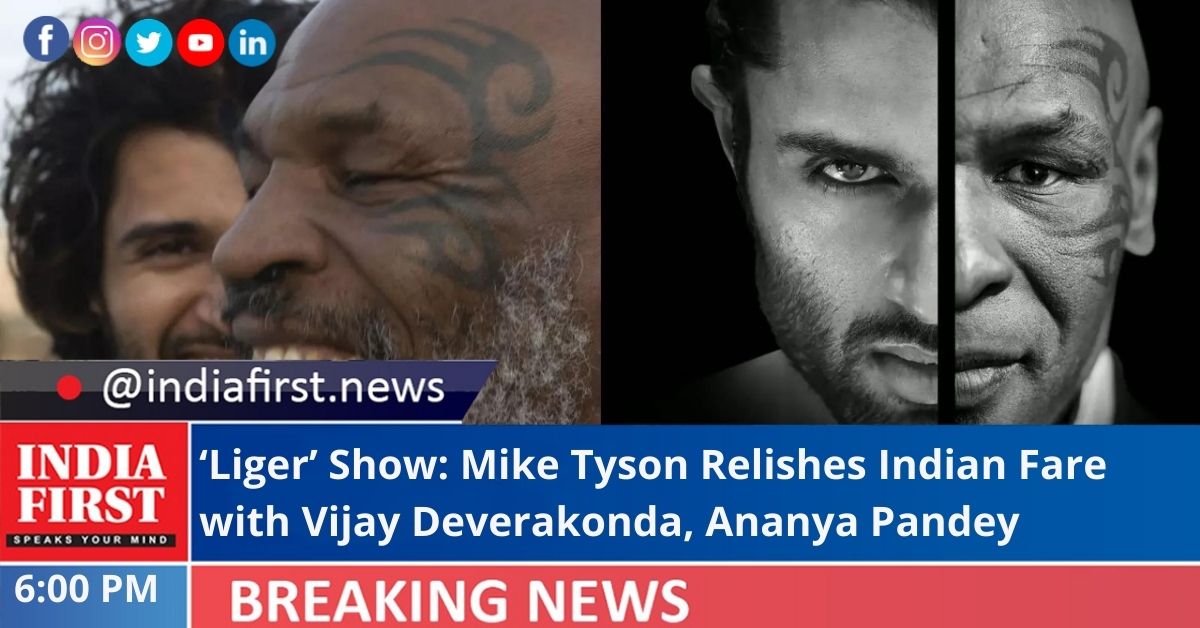 Helmed by popular filmmaker Puri Jagannadh, the team of ‘Liger’ is currently in Las Vegas shooting for the film with Mike Tyson.

Going by the latest report, ‘Liger’ team organised a special Indian lunch for Mike Tyson and his wife Kiki as they had known about his love for Indian food. The team conveys that former boxing champion Tyson binged on garlic naan, tandoori chicken, butter chicken, fish tikka masala, and goat biryani for lunch.

The ‘Liger’ team was super excited to host the lunch, as Tyson enjoyed the meal, specially asked for aloo gobi, samosa, palak paneer, and kebabs. Post lunch, all of them posed for happy pictures. Mike Tyson too was delighted with the ‘Liger’ team’s love and hospitality.

As the movie is all set to be wrapped up soon, the expectations are rife. ‘Liger’ marks Vijay Deverakonda’s Bollywood debut, while Ananya Pandey’s debut in Telugu movies. Also, this is the first Indian movie in which Mike Tyson would appear in a cameo.

‘Liger’, in which Vijay Deveraakonda will be seen playing the role of a boxer, is jointly produced by Puri Jagannadh, Charmme Kaur, Karan Johar, and Apoorva Mehta.