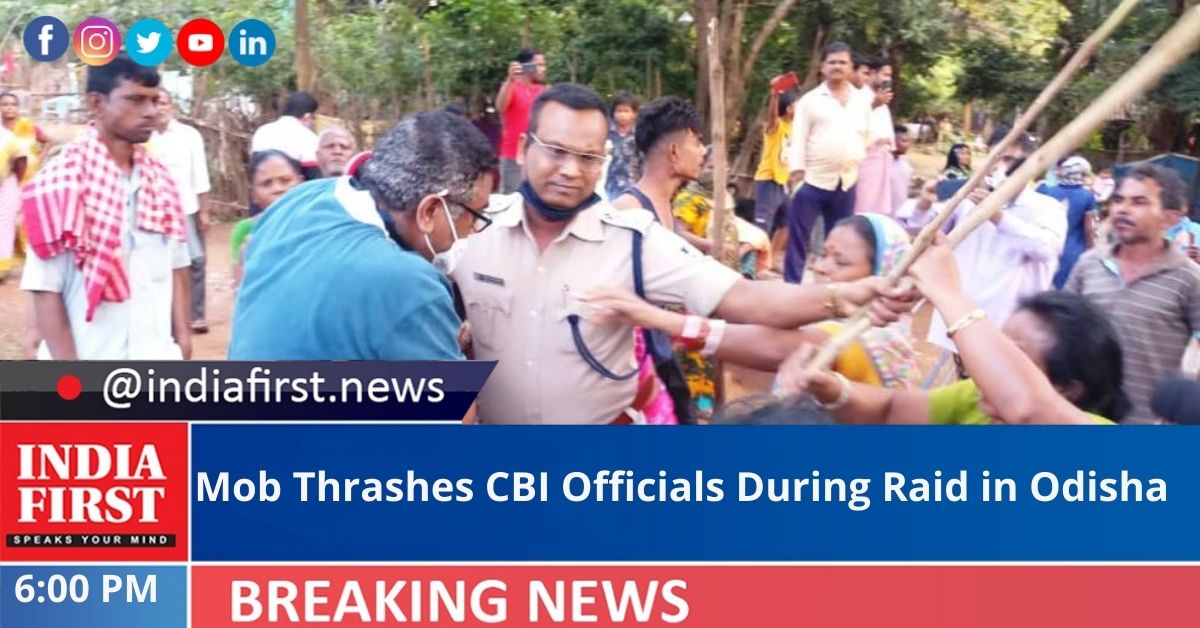 A team of Central Bureau of Investigation (CBI) officials was allegedly assaulted and heckled by a mob while conducting a raid in Odisha’s Dhenkanal district in connection with the online child sexual abuse and exploitation case.

The incident occurred when the CBI team was interrogating one Surendra Nayak of Dhenkanal town in his house for his alleged involvement in sharing child pornography materials on social media platforms.

According to locals, the CBI team reached Nayak’s house in the morning around 7 a.m. and started conducting raids and interrogated him for hours till afternoon. They neither allowed anyone to enter the house nor informed anything to the locals, they alleged.

As the raid continued further, the irate locals including women, armed with sticks and wooden planks, suddenly started assaulting the CBI officials.

After receiving a call from the officials, local Dhenkanal town police reached the spot and rescued the officials from the mob. IIC of the police station, Soubhagya Swain said they have not been informed about the raid.

However, no official statement has been made either by the Odisha police or the CBI on this incident.

Meanwhile, the CBI team continued interrogation of Nayak in the police station till evening, the source said.

Speaking to media persons, Nayak said he had joined a group named Desi MMS two months ago and used to share video links in various social media groups. In return, he had received $21(approximately Rs 2,000).

“The CBI officials today asked me about the number of members in the group and took away my mobile phone,” Nayak said.

Apart from Dhenkanal, the CBI teams conducted similar raids in Jajpur and Bhadrak districts of Odisha.

The Central agency had registered 23 separate cases on November 14, against total 83 accused on the allegations related to online child sexual abuse and exploitation. The agency today conducted raids at 76 locations across India in 14 States and union territories.