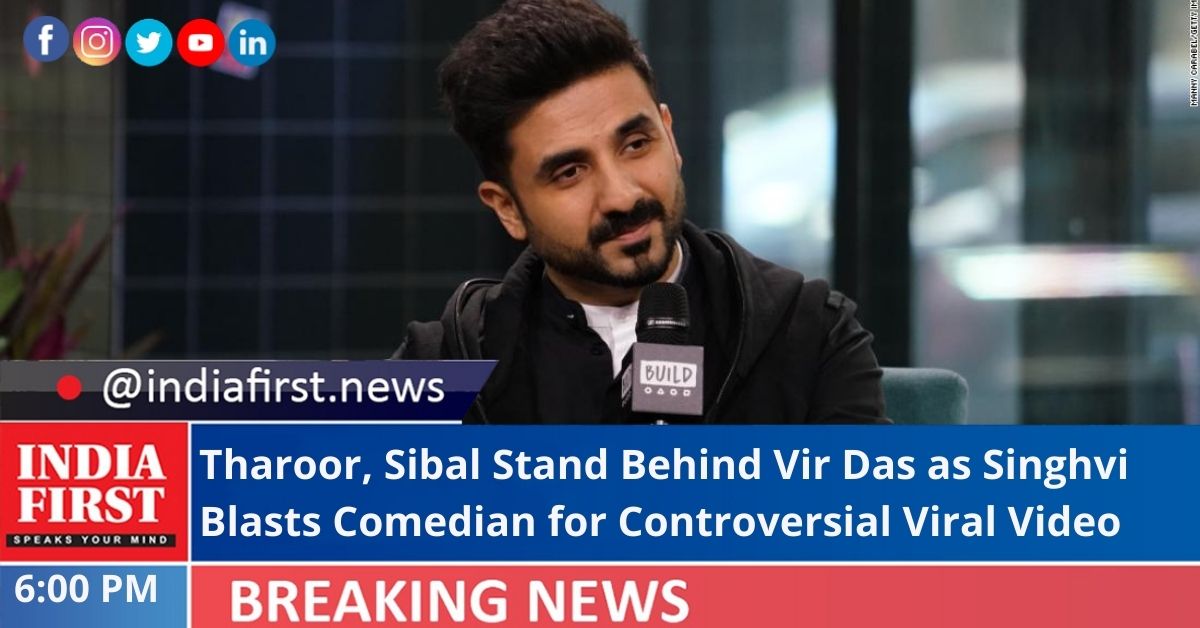 With comedian Vir Das coming under attack after the video of his ‘I Come from Two Indias’ act at the Kennedy Center, Washington, D.C., went viral on social media (3 million views, and counting!), he has found support from Congress leaders Kapil Sibal and Shashi Tharoor, whose responses are in sharp variance to that of their party colleague, Abhishek Manu Singhvi.

Sibal today tweeted, “None can doubt that there are two Indias. Just that we don’t want an Indian to tell the world about it. We are intolerant and hypocritical.”

Thiruvananthapuram MP and noted writer Shashi Tharoor also took to Twitter to say: “A stand-up comedian who knows the real meaning of the term ‘stand up’ is not physical but moral — @thevirdas spoke for millions in this 6-minute take on the Two Indias he hails from & stands up for.”

Tharoor quoted Das’s line, “This is a joke, but it’s just not funny”, and added “Brilliant”.

These reactions were very different from that of Singhvi, who tweeted: “Generalising the evils of a few individuals and vilifying the nation as a whole in front of the world is just not done! The people who painted India in front of the west as a nation of ‘saperas’ and ‘luteras’ during colonial rule have not ceased to exist.”

In the six-minute video, which has provoked police complaints being filed in Delhi and Mumbai, the comedian zeroed in on the duality of India. “I come from an India where we worship women during the day and gang-rape them during the night,” he had said. He also mentioned some of the recent issues that India is facing, from the Covid-19 pandemic to farmers’ protests.

The police complaints accuse him of making “derogatory statements” against India.

The comedian later stated on Twitter that ‘I Come from Two Indias’ was not intended to insult the country. “The video is a satire about the duality of two very separate Indias that do very different things,” he said in a statement. “Like any nation has light and dark, good and evil within it. None of this is a secret.”